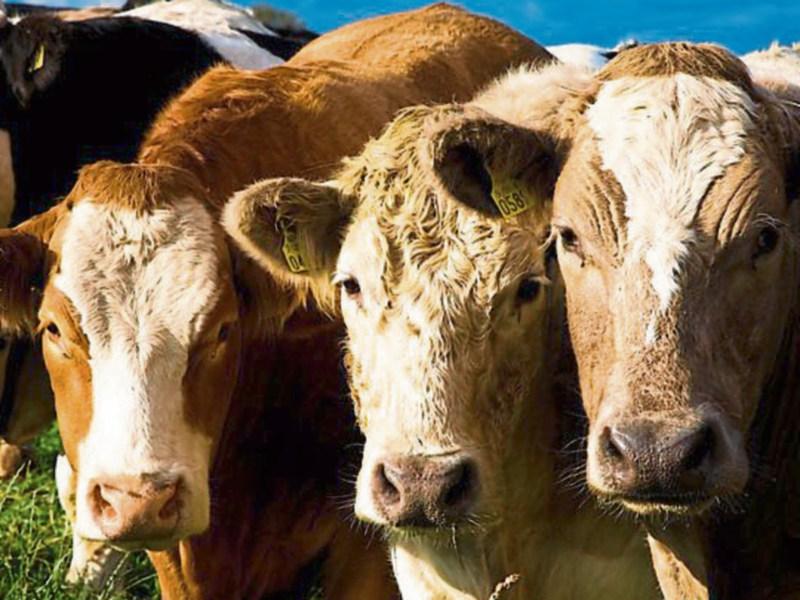 Two of the country's leading farm organisations have called for any deal on Mercosur to be parked following the EU's decision to delist 20 Brazilian meat processors.

The decision showed the “commercial and environmental absurdity” of continuing with the process, said ICMSA presiednt Pat McCormack.

IFA beef chair Angus Woods said the decision to ban the meat plants because they failed to meet EU standards fully backed up its repeated calls to reject any increase in meat imports from Brazil in the Mercosur negotiations.

A Mercosur delegation arrived in Europe this week to meet EU officials.

ICMSA president Pat McCormack said that the trade talks must be parked “immediately and indefinitely” and that it was time for the EU Commission to tell the Mercosur negotiators “the hard truth”.

Mr McCormack said that in the context of what was a queue of massive problems facing the EU’s farming sector – and specifically, Ireland’s beef sector – that anyone could contemplate negotiating a deal that would “at a stroke” hugely multiply the amounts of beef that would be imported from very questionable sources in Brazil and other Mercosur states was “staggering”.

Referring to the decision by EU Commission to delist 20 Brazilian meat processors on grounds of their association with malpractice, Mr McCormack asked how the Commission could still carry on believing that these were simply individual problems as opposed to demonstrating a systemic and fundamental flaw in the whole Brazilian beef sector.

And how, he continued, was the Commission satisfied that the Brazilian meat sector was so different to the meat sectors of the other Mercosur countries?

The idea that the Commission could announce that emissions and sustainability must become even more important in deciding CAP while at the same time negotiating with a trade bloc whose agricultural sectors were internationally notorious for their irresponsible attitudes to the environment beggared belief said the Tipperary farmer.

There were no grounds on which the continuation of these talks made any sense and Ireland must demand that the Commission immediately and indefinitely suspended the talks, he said.

Meanwhile, speaking from Brussels this Monday, Mr Woods said EU Trade Commissioner Malmstrom needed to realise that the Brazilians will continue to fail on standards and she should pull the plug on any additional beef imports in the negotiations.

The IFA Livestock chairman said the EU Commission was too easy on Brazil and was listening too much to their Agriculture Minister Blairo Maggo, who was in Brussels last week lobbying heavily for increased imports of substandard beef and poultry.

Commissioner Cecilia Malmstrom was “extremely naive” to believe that the Brazilians were going to conform to the rules in any Mercosur trade agreement, especially on meeting EU standards on beef or other meat imports.

He said it was clear Commissioner Malmstrom was out of her depth in the negotiations and the Brazilians were pulling the wool over her eyes on the critical issue of standards.

He said the record spoke for itself. EU audits showed that for the last 18 years the Brazilians had consistently failed to meet EU standards on traceability, food safety, animal and plant health, environmental and labour standards.

“The Brazilians have thrown away the rule book. The latest example being the major meat scandal and fraud Weak Flesh from this time last year, which is still running at the very highest administration and political levels in Brazil,” he said.

Mr Woods said that the only thing we had seen from Commissioner Malmstrom in these negotiations was “giveaway after giveaway of the European meat sector, with little or nothing in return”.

The Commissioner had already capitulated to the Brazilians, he said.

Mr Woods said Commissioner Hogan had to face down the Trade Commissioner and insist that the EU did not give any more concessions to the Brazilians.

IFA Poultry chairman Andy Boylan warned the European poultry industry must not be used as a pawn in the Mercosur negotiations. “Standards in the poultry production chain in Mercosur nations, especially Brazil, have been proved to be completely substandard and bear no resemblance to the high standard that Irish poultry producers operate to under the Bord Bia Quality Assurance standard,” he said.