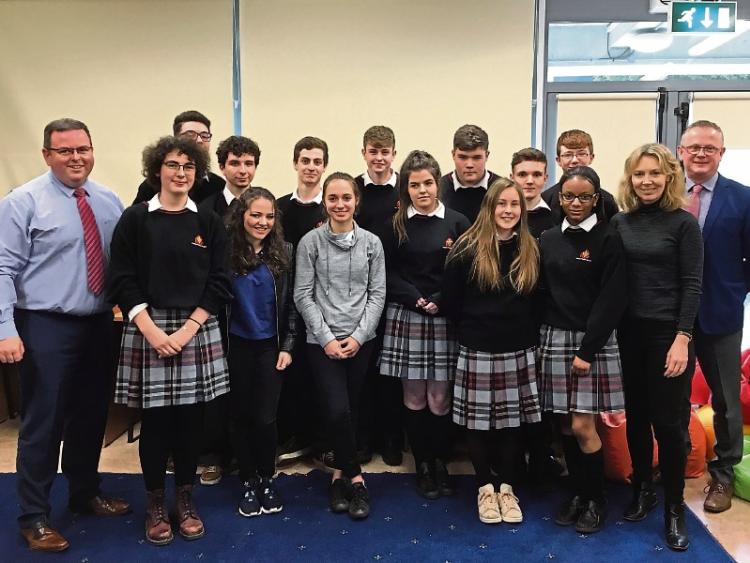 At 2am on Wednesday, March 28th we assembled and got a minibus in Roscrea, en route to Dublin airport.

We met the other students on the bus from the CBS Thurles. We were accompanied by our teachers, Ms. Mullen and Ms. Deegan. Our flight left Dublin at 6.25am and arrived in Paris Beauvais at 9am.

We had a long day of travelling ahead of us, between buses, trains and the metro, but eventually our tired heads landed in Lannion train station at 8pm!

There we met our French exchange partners and our French Adventure began. On Thursday March 29th, we attended school and also went to the market and had a guided tour of the town of Lannion.

On Friday, March 30th the group travelled to Saint Malo, where we had a guided tour of the aquarium. We then went to the fortified town of Saint Malo where we did a fun “Treasure Hunt”. On Monday, April 2nd and Tuesday, April 3rd, we visited the Planetarium de Bretagne and also did a boat trip, as well as visiting a Village Gaulois. We returned home on Wednesday April 4th after an action-packed week.

The French exchange students came to Ireland from the 7th to the 14th of April. It was a real culture shock for them to have wear a school uniform! On Monday April 9th, they attended class and visited Damer House.

They had a trip to the Rock Of Cashel on Tuesday and did the Viking Splash Tour in Dublin on Wednesday.

On Thursday April 12th, both the Irish and French students went to Birr Outdoor Education Centre for team games, and then had a picnic in the gardens of Birr Castle.On Friday April 13th, they attended class once again, before trying their hand at hurling and Irish dancing!

They returned to France on the 14th, after a fun-filled week in their respective schools, Coláiste Phobal Ros Cré and CBS Thurles. All students had a great time and the experience was thoroughly enjoyed by everyone who participated.

Many thanks to Ms. Mullen and Ms. Deegan for organising the trip and encouraging us to take part, and to Mr. O’Connor and Mr. Flynn for supporting us.