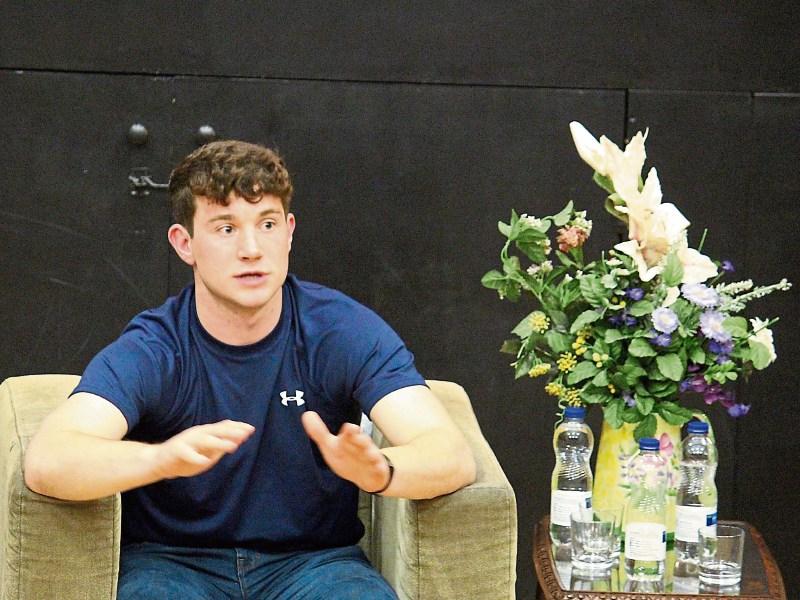 All-Ireland winning Tipperary senior hurler Niall O'Meara has spoken of how he “hates social media”, pointing out that it is “so false”.

The Kilruane MacDonagh man was speaking at an event in Nenagh Arts Centre dealing with mental health.

“Social media is one of the biggest influences in getting you down,” he told Time to Talk: Promoting Positive Mental Health.

“I hate social media. It is so false. You never see anybody put up a bad picture,” he told the gathering.

Mr O'Meara, a primary school teacher in Newport, lost his brother Paul to suicide some years back, and a friend also took his own life.

He said that Paul's death had had a big effect on him and his family from every point of view, and the loss of his brother had been “hard to take”.

However, he emphasised the important role sport and the GAA had played in helping him and the family through.

“With sport you experience the highs and lows. It is massive for people with mental health issues because you are surrounded by people who want to see you do well in sport,” he said.

But, he said that hurling for Tipperary, “you can get a lot of knives in the back from supporters”.

“We are a very negative country, which is a terrible thing to say,” said Mr O'Meara.

However, he said that the smallest things can make you feel better and urged people to write down three things they did well each day.

He also recommended going for a walk to take physical excercise and to emphsise the positive constantly.

“I got a punctured lung last January and all I did was complain. I was down but then I saw I was better off than others in the hospital. Then I hurt my shoulder,” he said.

And pointing to the amount of organisations and leaflets available at the event, he said: “No matter how things are, there is always somebody out there to talk to.”

However, Mr O'Meara stated that “you need to be organised to avoid negativity”.

He urged people to support fellow Tipperary hurler Seamus Hennessy on his Arctic run, Running for Josie, which will raise funds for and awareness of organisations dealing with suicide. Mr Hennessy's mother died by suicide in 2000.

Mr O'Meara thanked the organisers, Aisling and Sinead Horrigan and Virginia O'Dowd for putting the event together.

Living Links founder Michael Egan explained the role his organisation has in helping those bereaved by suicide. Founded in Cloughjordan in 2002, and now a national organisation, the group meets on the second Thursday of every month in the Innovation Centre, Stafford Street, at 8pm.

He said the organisation grew out of the local community's response to a death by suicide.

“Six of us got together and spent nine months researching it,” he said.