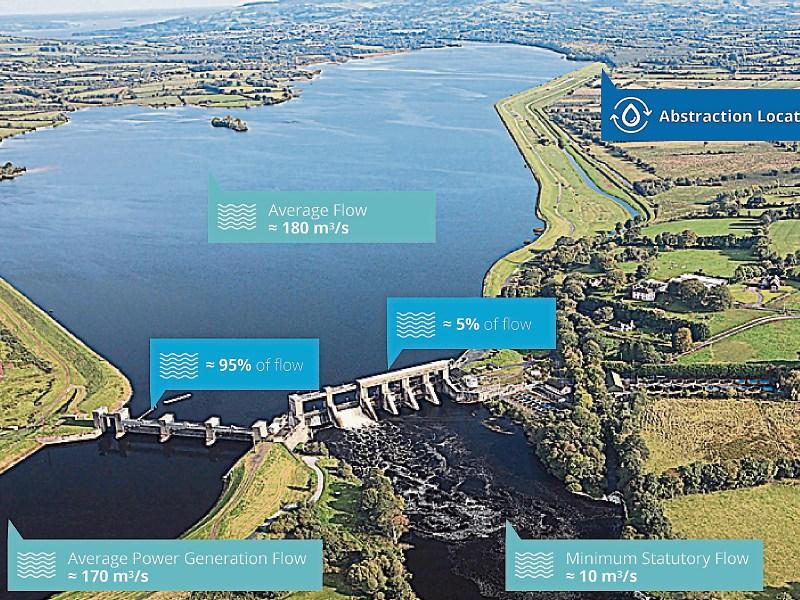 Opponents of Irish Water's plan to pump 330m litres of water per day from the Lower Shannon to Dublin have said that the “battle has just begun” to stop the project.

The campaign will only now truly begin, those leading the fight to prevent this “environmentally and economically bankrupt” plan stated following a Joint Committee on Housing, Planning and Local Government meeting on the matter.

Irish Water announced its preferred option route last week, which would see the two-metre pipe being laid along 170km from Parteen Basin to a new reservoir outside Dublin.

The project is estimated to cost €1.2bn.

Gerry Siney, chair of the River Shannon Protection Alliance said the project was the third biggest public infrastructure project ever undertaken in Ireland.

“Despite the best efforts of Irish Water to blindside the public with false facts, our message is getting through, principally around the fact that 57 per cent of all water in the Dublin system leaks through its ageing pipes,” he said.

He said the group had had had a huge number of declarations of support from the public across the country, including large numbers from Dublin who knew that replacing the pipes was inevitable.

“We have also been bowled over by significant pledges of financial support, support that we will need to fight this, not least given Irish Water’s history of spending big on failed campaigns,” said Mr Siney.

He said they would look at their next phase of action, but that the public support was “certainly encouraging us for the fight. We won’t stop fighting until we see this proposal off in the same way as it was twice seen off further up the River Shannon.”

Emma Kennedy of Kennedy Analysis, one of a number of entities coming together to oppose the proposal, said that while the Joint Committee meeting was welcome, Irish Water continued to make “misleading and false statements” in an effort to support their bid to install the pipe.

“Irish Water’s CEO Gerry Grant has at least now accepted, albeit only when asked to clarify in a media interview, that their 38 per cent leakage figure only covered network leakage and didn’t include a drop of leakage from the customer’s side of the stopcock.

“Once that leakage is included, Dublin’s total leakage is almost certainly at least 57 per cent. That’s an undeniable and staggering amount, “ said Ms Kennedy

But, she said, as bad as that was, a point that was being lost was that the ancient pipes were the single key cause of Dublin’s outages.

These outages, as during Storm Emma, were leaving businesses and households without water and that won’t change until Irish water undertakes an overhaul of Dublin’s pipes, she said.

“It was proposed at the Joint Committee meeting that an independent analysis should take place to clarify the facts. This is something that we have been looking for all along but Irish Water have avoided any discussion on. I suspect they will continue to avoid that option,” said Ms Kennedy

Liam Minehan, a member of the Fight the Pipe group and whose Tipperary farm will be divided twice by the pipe, said he could just about accept the pipe if it was needed, but he cannot when it’s not needed.

“They are seriously trying to get a proposal across the line to pump all this water across the country to be spilled through creaking pipes. That’s the equivalent of sending 12,000 water tankers a day into Dublin only for the water to be poured down the drains,” he said.

Meanwhile, Sinn Fein TD for North Tipperary / Offaly Carol Nolan has also come out against the plan, describing it as “a project based on holes and leaks”.

“The submission is premature as there are too many gaps in the research and the issue of existing water leaks has not been adequately addressed,” she said.