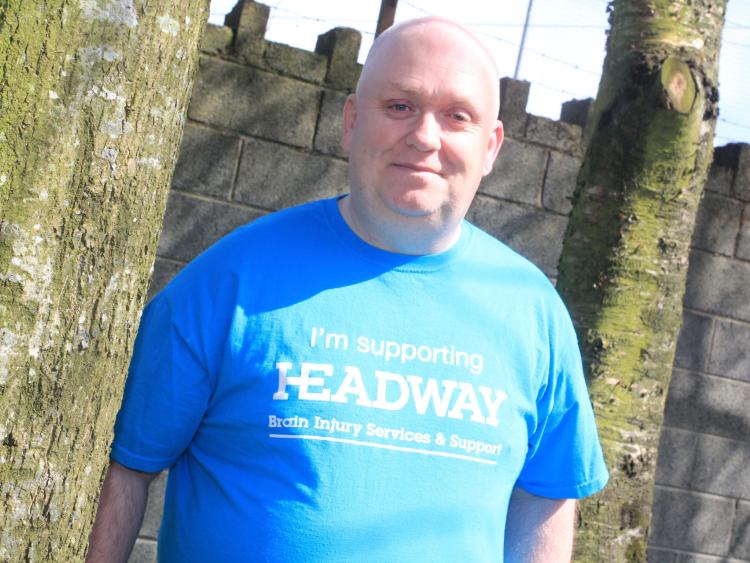 Michael O’Brien, from Cormack Drive Nenagh, is helping to raise awareness of acquired brain injuries and the support services on offer to patients in the midwest. Pic: Bridget Delaney

On April 5, 2016 Nenagh man Michael O’Brien’s life changed forever after he suffered a bleed on his brain in his sleep.

While his life was saved thanks to the quick thinking actions of his family and medical staff in Limerick and Cork, Michael struggled to come to terms with the after effects of his acquired brain injury which left him suffering from short term memory loss, fatigue and mood swings.

Now two years into his recovery, the 52 year old father of three says he is determined to help change people’s perceptions of this ‘hidden disability’, one discussion at a time.

“I can still remember the day my life changed forever,” says Michael, smiling broadly in one of the offices at Headway Limerick which supports people affected by Acquired Brain Injuries.

“I can remember feeling a bit unwell but I went to bed and listened to the radio as I always did, turning in at about 1am. I don’t remember anything after that but I’m told my wife found me a few hours later and knew there was something wrong.”

At around 2.30am on April 5 2016, Michael's family called the emergency services who immediately rushed him to University Hospital Limerick where he underwent a CT scan, revealing a bleed on the brain.

He was then transferred to Cork where he was placed on life support while doctors prepared to operate. Thankfully the operation was a success however Michael’s family would have to wait for several weeks before they would be fully able to understand the extent of his injuries.

When Michael awoke from his coma he underwent 12 weeks of rehabilitation in St. Camillus Hospital Limerick. However once he left the hospital, Michael says he was left without any support services and a lack of information about support networks. When he returned home, his sudden lack of independence began to take its toll on his mental health.

“To look at me you wouldn’t think there was anything wrong which is why acquired brain injuries are often classed as hidden disabilities because you don’t show any symptoms. Imagine you are told you can no longer drive and your wife becomes your carer. My wife has been an incredible support throughout all of this. She is my rock, along with my children, but it was very hard to wake up and have your entire life change in an instant,” he says.

However a chance meeting with an occupational therapist led Michael to being introduced  to Headway services in Limerick which provide support to people and their families with acquired brain injuries.

“Headway has become a lifesaver. The people I’ve met here have become a second family to me,” he says of the free service which tailors programmes to suit each clients needs, provides support and information to brain injury survivors, their families and carers.

“I have to mention Paul, my keyworker. I’m not just saying that because he’s sitting beside me either,” he laughs, good humoredly, “I’m saying it because it’s true. From day one he has been absolutely brilliant, I owe a lot to him.

"All the staff here are brilliant but I think it’s something that can’t be taught. It’s their personality, everyone just clicks. We do a lot of teamwork here and they’re the perfect example of how a team works," adds Michael who takes part in art, archery, VT modules and sporting activities with the group at the centre several times a week.

“From the moment I walked in the doors, I felt at home and my confidence has just soared. It’s an absolute joy coming in here everyday and I want other people to know what support services are out there for people with acquired brain injuries or stroke patients.

“If I can help even one person or family by sharing my story, I’ll be happy,” he says.