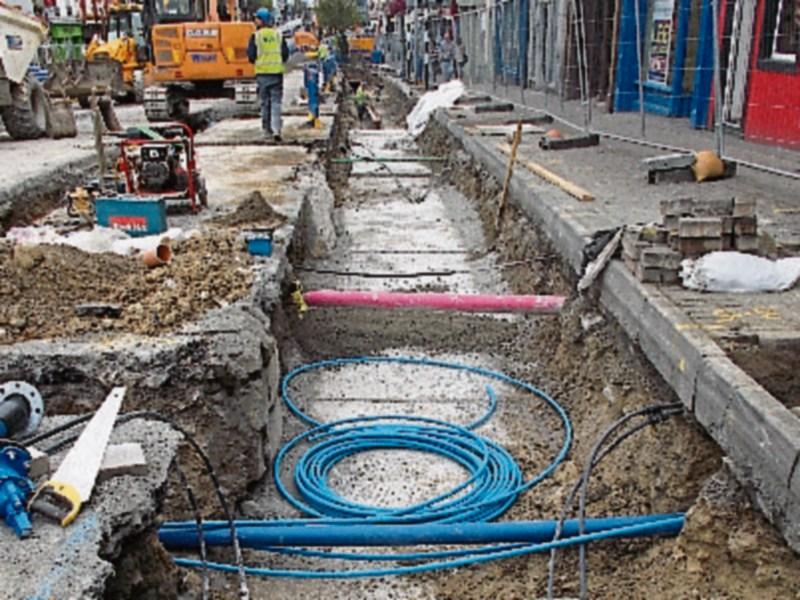 Ervia, the agency behind Nenagh's €17m water, waste water and natural gas pipe laying project has had to apologise to Nenagh businesses after it failed to reconnect them to the main sewerage system.

At least two premises on Kenyon Street had to close for a short time following a sewage leak in the past fortnight.

Following a period of heavy rainfall it became apparent that a private-side sewer serving two adjoining properties had not been connected to the new main sewer installed on the street, Ervia said in a statement this week to the Tipperary Star.

However, contractors working on behalf of Ervia have completed repairs to a sewer connection in Kenyon Street, they said.

An Ervia spokesperson said that immediately on becoming aware of the situation, the company instructed the scheme’s contractors to carry out the necessary works to rectify the issue and assist with any clean up work needed in the area.

This work was completed on Wednesday, May 17, and the road has since been temporary reinstated at this location with the permanent reinstatement to be carried out in due course.

“Ervia representatives have been in contact with the owners of the affected properties throughout the incident and have apologised to them for the disruption. We would also like to apologise to any other members of the public inconvenienced as a result of this issue,” they said.

However, Cllr Seamus Morris told the Tipperary Star that he was getting getting “increasingly frustrated” with what he termed the lack of accountability over the reinstatement programme for Nenagh .

He said that this Monday he noticed Balfour Beattie reopening footpaths in Summerhill long after it had been assumed that such works had finished.

“I have looked for a road and footpath reinstatement schedule, which I have not been given, as of yet,” said the Independent councillor.

He further said that there were about the unfinished road from Tyone to the railway station.

He revealed that he and Cllr McGrath had met Nenagh Chamber of Commerce and had asked them to lend their weight to getting a reinstatement programme, but, that as of yet, this had not happened .

“I am very concerned that the patience of our business community is being stretched beyond repair and I am also concerned about the amount of people who have been hurt on our broken streets,” said Cllr Morris. He said that he was looking forward to seeing a full reinstatement programme with dates of commencement and finishing dates and thanked the business community for their “incredible patience”.

Cllr Morris also said he was looking forward to the return of the trough on Kenyon Street which was accidently removed by contractors.

Meanwhile, at the May meeting of Nenagh Municipal District Council, told councillors that all the substantial work in relation to the project had been carried out, apart from reinstatement works.

MDC Cathaoirleach Cllr John Carroll had said that there was a “lot of worry” because of the work around the town and he would like to see and end to it.