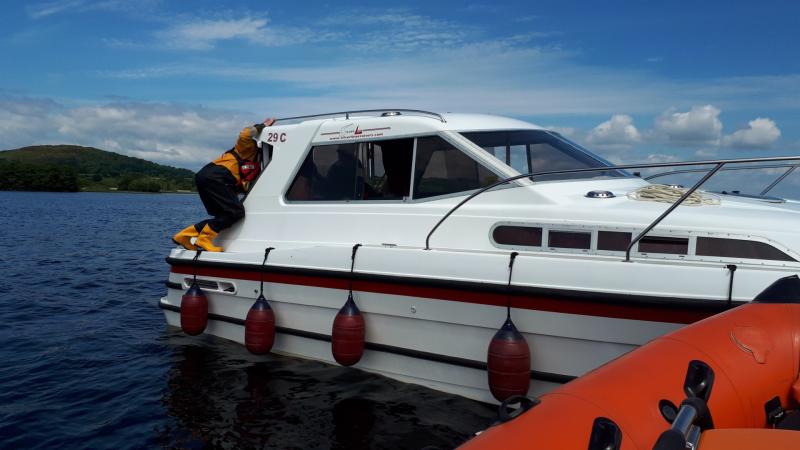 Lough Derg RNLI at the scene of the rescue

Lough Derg RNLI was called out over the bank holiday weekend to assist two people whose cruiser had run aground at Tullabeg.

The service was called out on Sunday, June 3, at 12.15pm and the crew was already in the area on an excercise.  Conditions were calm with a force two and a westerly wind. Visibility was excellent.

The lifeboat was on scene in minutes as the crew were already on exercise in the area.

After arriving on scene one lifeboat crew member boarded the cruiser to check on the condition of the two crew and to make sure the vessel was intact and not taking on water.

Once it was established that the two people were fine and there was no structural damage to the cruiser, the lifeboat crew then towed it out to deep water to allow the craft to continue on its way.

The lifeboat waited a short time to ensure the cruiser was able to proceed safety before they returned to station.

Commenting on the call-out, Lough Derg RNLI Helm Owen Cavanagh said: "With the good weather continuing there are a lot more people on the water.  We would always advise to plan any water based activity well in advance and if out on a boat to make proper preparations for the trip, including taking the correct equipment and keeping a close eye on the surroundings."