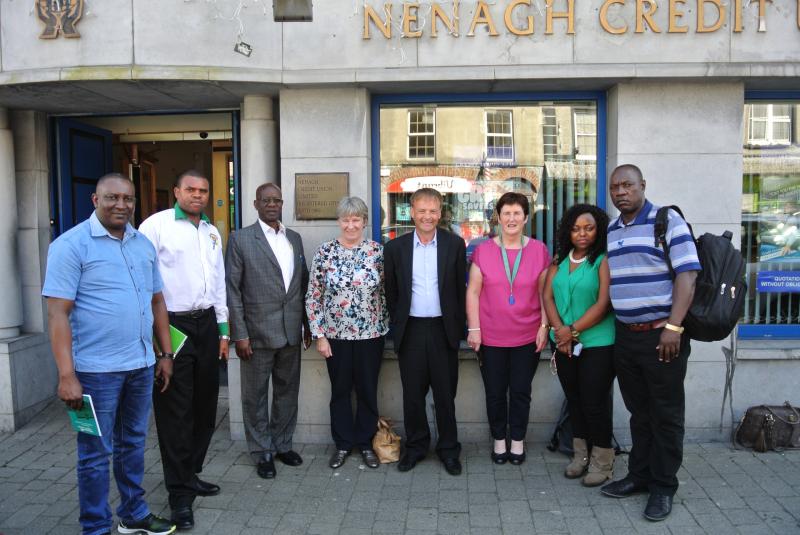 Nenagh Credit Union Ltd hosted a delegation of credit union leaders Kenya, Malawi and Tanzania in east Africa during which they discussed best practice in day-to-day credit union operations, including governance, marketing and community and cooperation.

The delegation’s visit to Ireland was organised and hosted by the Irish League of Credit Unions International Development Foundation (ILCU Foundation), the charitable arm of the Irish credit union movement.

The week-long study tour took place in partnership with the African Confederation of Cooperatives Savings and Credit Association. The visit incorporated a mix of workshops, training sessions and field visits to credit unions.

During the visit to Nenagh, Margaret Grace, manager of Nenagh Credit Union, shared the history of the credit union, role of volunteers and spoke of the strong community ethos behind it.

"I was very honoured to host the delegation of credit union leaders from east African credit unions accompanied by John Long and Margaret Heffernan and to share the history of Nenagh Credit Union. I hope they found the discussions informative and have gone away with some ideas that will be beneficial to their own credit unions," said Ms Grace.

Conor Dolan, project officer with the ILCU Foundation thanked Nenagh Credit Union for their hospitality and their time.