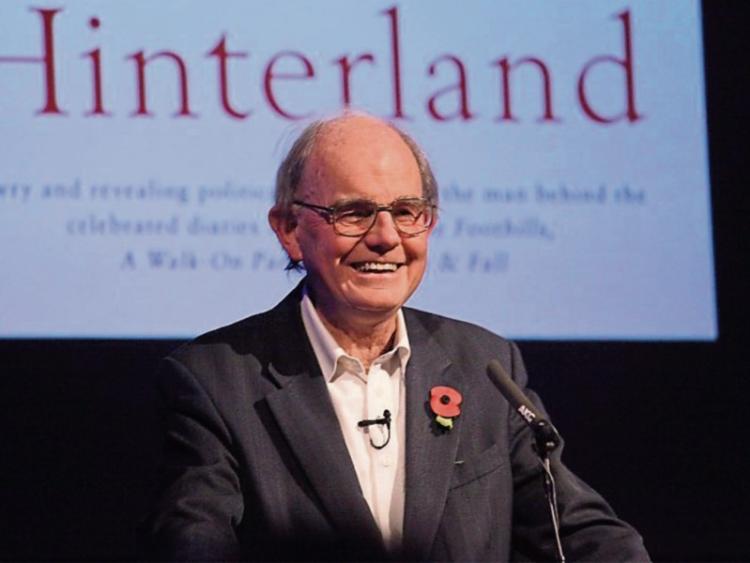 Continuing with the Bolton Lecture series the Cashel Arts Festival is thrilled to announce that Chris Mullin, former British Labour politician, will be joining us in Cashel on Saturday 22nd September.

All serious politicians should possess a hinterland, but not all do. Chris Mullin was one who did. By the time he entered parliament he had reported from the wars in Vietnam, Laos and Cambodia and tracked down the survivors of the CIA operation in Tibet.

He is the author of three novels, including the classic A Very British Coup and had led the successful campaign to free the innocent people convicted of the Birmingham bombings which has been described as ‘one of the greatest feats ever achieved by an investigative reporter’. In parliament he quickly established himself as fearless inquisitor, going on to become chairman of the Home Affairs Select Committee and a minister in three departments. He is the author three widely acclaimed volumes of diaries. Hinterland is his autobiography.

Meanwhile, the Cashel Arts Festival is delighted to welcome Dutch street theatre company Close-Act Theatre to Cashel on Friday 21st and Saturday 22nd September with SAURUS - Giant beasts from prehistoric times. This FREE event promises to be one for all the family to enjoy. Close-Act Theatre combines various disciplines of performing arts, like dance, music and circus, with stunning visual representations. Besides the physical trained performers, in multiple theatre aspects, impressive mobile objects and extraordinary air machinery placed in the spectacles of Close-Act. The spectacular performances have a narrative character and are best described as magical and hypnotic.