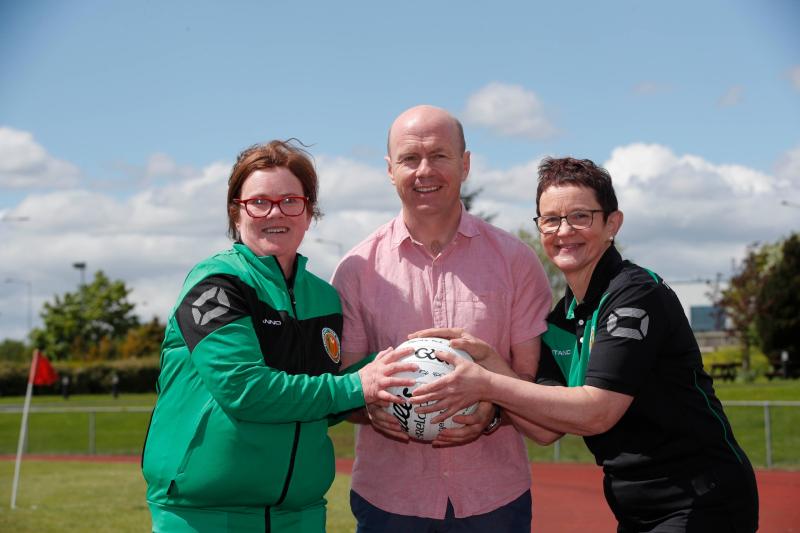 Triathlete Sheila Gregan from Nenagh continued in her streak of success since winning a Silver medal yesterday in the 5km race she topped this by winning her second Silver medal today in the 50m freestyle swimming event coming in the same race ahead of fellow teammate Orla Hogan, also from Nenagh, who won a Bronze medal.

Sheila Gregan, a kidney transplant recipient said, “This is my favourite discipline. I’ve been training with Nenagh masters this year. There was very tough competition in the pool as there was mixed age categories so it makes the achievement all the more special. I’m forever grateful for my donor and their family. I’m so proud to be swimming for my country. It’s a great honour.”

Orla Hogan has undergone four kidney transplants and this month celebrates the 10th anniversary of the living donor kidney transplant she received from her brother Cathal. Orla said after winning her bronze in swimming “It’s just great being here and that all of us are well enough to compete and to show our donors that organ donation works”.

Sheila will compete in her final event, the 20km cycling race, on Wednesday while Orla has two more disciplines to compete in later in the week - 10 pin bowling and the 3km Power walk.

The team’s success follows on from the first day of events at the Games on Monday 18th June when they won eight medals including two Gold, one Silver and five Bronze in the 5km and Darts.

Members of the 23 strong Irish team will continue to compete in other sporting disciplines including Bowling, petanque, track and field, archery and golf until the games come to a close on Saturday and returning home to Dublin airport on Sunday next 24th June.