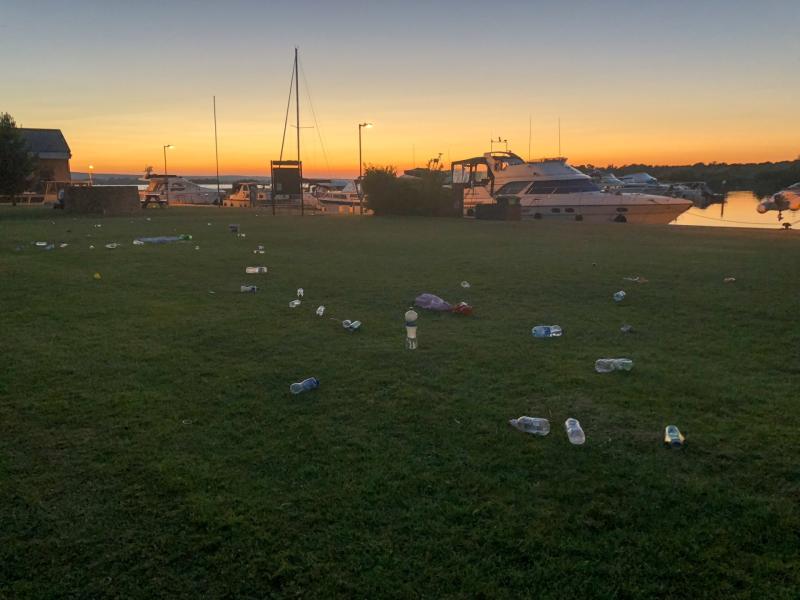 Hundreds of people around Nenagh have voiced their disgust at the amount of litter left behind in the picturesque Lough Derg village of Dromineer this Friday night.

Local photographer Tom Doherty captured the pile of empty plastic water bottles and beer bottles left on the green area at the jetty.

Tom told the Tipperary Star that the rubbish was left there out of disrespect for the amenity and others as the village's four rubbish bins were completely empty.

He said he spent 10 minutes helping a couple pick up the rubbish at the lakeside village.

Local businessman Declan Collison told the Tipperary Star that the village had a team who went out collecting rubbish every evening and their local caretaker was "fantastic".

But he was disappointed that young people would leave their rubbish behind them, pointing out that it was "degrading" for someone else to have to pick it up.

The owner of the Lough Derg House Hostel and Lake Cafe said that he had witnessed people come out to Dromineer with a takeaway "and they just threw the box away".

Apart from litter, he said there was a problem with motorists parking dangerously, especially on double yellow lines with no regard for the emergency services if they had to come to the village.

"We would like to see a lot more enforcement," said Mr Collison.

Meanwhile, some people in Garrykennedy further along Lough Derg, posted on Faceboook in reply to Tom highlighting the problem, that they had had to do the same thing on Friday night with the amount of rubbish left in the village.