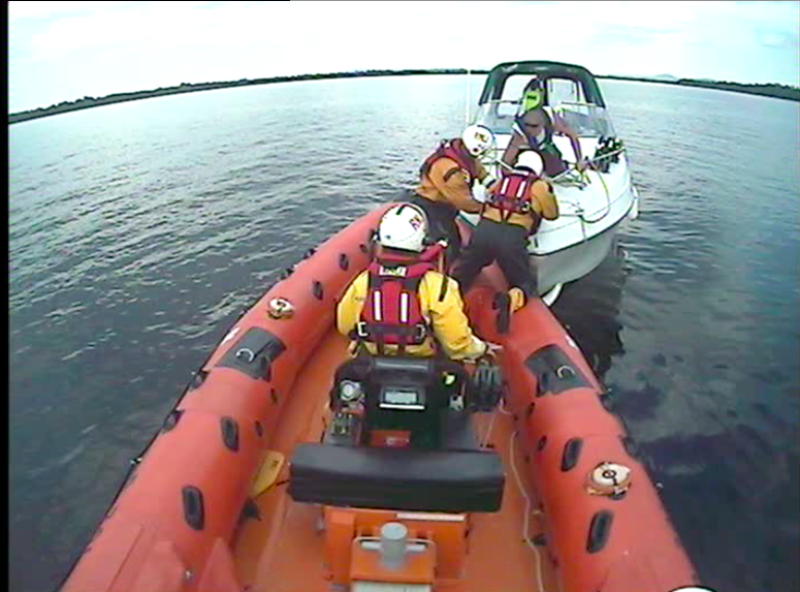 Lough Derg RNLI comes to the assistance of the stranded cruiser

Lough Derg RNLI came to the assistance of two adults and three children whose cruiser engine failed on the lake on Saturday evening.

The RNLI, which is based in Dromineer, launched at 6.47pm following a request by Valentia Coast Guard to assist a family on a 25ft cruiser with engine failure in Youghal Bay off Garrykennedy on the eastern shore of Lough Derg. Winds were northerly, Force 1/2. Visibility was very good.

The lifeboat, with helm Eleanor Hooker, Dom Sharkey and Joe O’Donoghue on board, arrived on scene at 6.51pm.

They found everyone on board to be safe and unharmed wearing their lifekjackets.

The skipper of the cruiser had dropped anchor, to prevent drift. The cruiser had engine failure that required specialist attention and so the lifeboat volunteer prepared the casualty vessel for tow. He weighed anchor and the lifeboat took the cruiser under tow to Garrykennedy Harbour, where, at 7.13pm, it was safely tied alongside.

Peter Kennedy, deputy launching authority at Lough Derg RNLI, said the cruiser skipper done the correct thing to drop anchor and to call for help immediately, "and especially with young children on board in this heat".