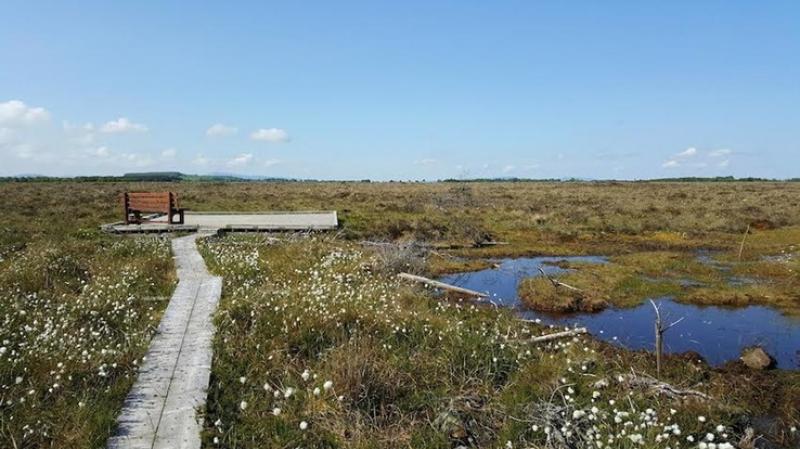 The Cloughjordan area was hit by a fire last week which damaged the viewing platform at the award winning Scohoboy bog. The bog itself was not damaged in the blaze.

It is not known whether the fire was accidental or deliberate, but community co-ordinator Gearoid O Faoighil said they were lucky that it was spotted by a local and prompt action by Tipperary Fire and Rescue Service meant it didn't take hold.

Mr O Faoighil said the main section of the platform was ok and there was no reason why people cannot continue to visit and enjoy the range of walks.

“Thanks to the fire service's speedy response, the damage was contained. It is, indeed, a bit of a blow. Local landowners and members of the wider community have been incredibly supportive with the project and trails developments,” he said.

Local people were shocked and upset by the wanton destruction at this much loved community and visitor resource, he said.

A spokesperson for Tipperary Fire and Rescue Service said that they received a call at about 7.15pm on August 7 and one unit of Borrisokane service were at the scene at 7.30pm. The fire was extinguised around 9pm.

Tipperary Fire and Rescue Service spent the best part of a week fighting a bog blaze in nearby Ballymackey at the end of July in which several hundred acrea of land was damaged.

The raised bog restoration LIFE project at Scohaboy is one of the most successful community supported conservation efforts of its kind in Ireland, winning several national awards. Scohaboy was this year awarded the European Year of Cultural Heritage mark by the Heritage Council of Ireland.