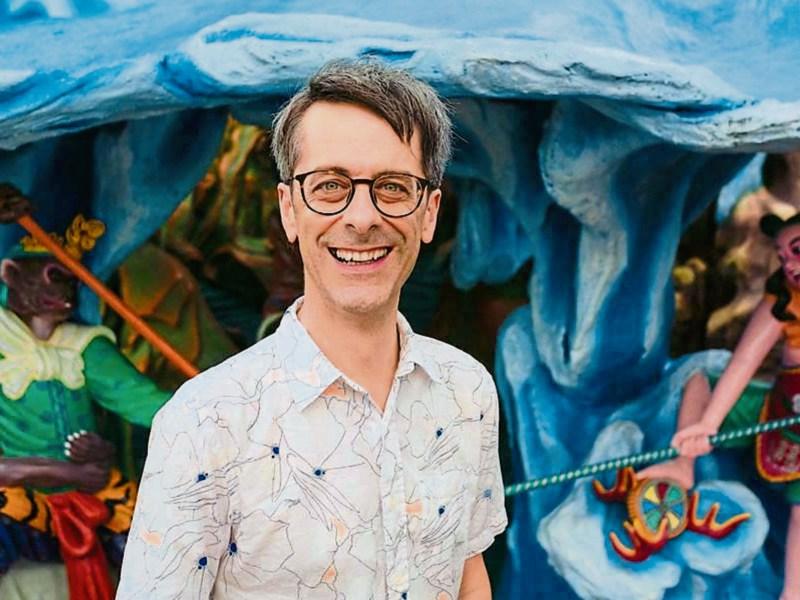 Come writers and critics who prophesize with your pen, singer / songwriter Bob Dylan wrote back in 1963.

Well, once again, Dromineer Literary Festival is calling writers to come and experience their writing workshops which have formed an integral part of the festival since its inception.

This year, local author Julian Gough and poet Ruth Padel will give workshops in creative writing and poetry.

Award winning Julian, who has written four novels, three children’s books, two radio plays, and many short stories, and the ending to the computer game Minecraft, will give a three-hour workshop on Everything I've Learned About Writing In One Workshop.

This workshop is suitable for anyone, published or unpublished, who is interested in creative writing. All ages, abilities, and levels of experience are welcome.

Participants are asked to bring writing tools: paper and pen, or a laptop – whatever you are most comfortable using.

If you have written a piece you would like to work on further at the workshop, feel free to bring it, but you don’t need to.

There will be a couple of enjoyable - and low-pressure - writing exercises. No-one will be required to read anything to the group.

In the three-hour workshop, Julian will attempt to pass on the most important and useful things he has learned in his writing career.

The focus will be on helping you write fiction of all kinds: structuring a story; writing it; rewriting it; and finding a home for it once it is done.

Julian has won or been shortlisted for many awards, and his work has been translated into 28 languages.

Julian Gough's latest novel for adults is Connect. His latest children’s book is Rabbit & Bear: Attack of the Snack.

Poet Ruth Padel will have as the theme for her workshop, Journey to the Underworld. Participants can interpret this as loosely / creatively as they like, in whatever form / voice they like.

Ruth has written some of the most sensitive poetry on love, loss and grief. Her most recent publication, Emerald, is an elegy for her mother on her death at the age of 97. Ruth has also taught Greek at Oxford and opera in Princeton.

Those interested in taking part are asked to bring a poem. It can be one you have worked on and have trouble with. Or it could be newly written.

The only stipulation is that no poem be longer than an A4 page to make sure everyone has an equal amount of time.

The festival's workshops will be held in Lough Derg Yacht Club, Dromineer, from 9.30am to 12.30pm on Saturday, October 6. Booking, €40, including lunch, is essential at info@dromineerliteraryfestival.ie