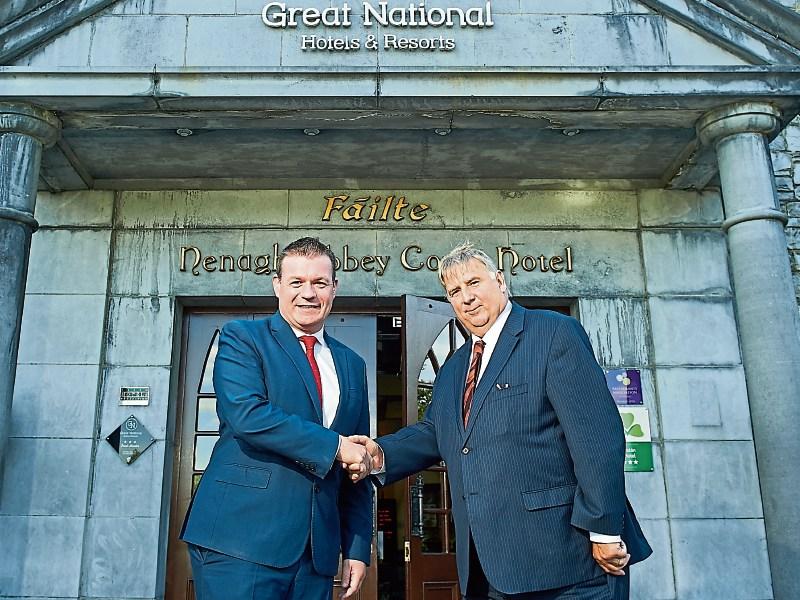 Nenagh received a further boost this week with news that the town's Martyr's Road area is to benefit from further significant investment.

This follows on from the €12m redevelopment of the former O'Connors Shopping Centre site by Two-Mile Borris developer Martin Healy, which opened in September.

The latest development will ensure job retention and creation for Nenagh and comes following the completion of deals with two independent investors for the refurbishment of the Abbey Court Hotel and the development of the adjacent residential site and zoned land.

The total amount of investment will come to around €10m.

The hotel investor has committed to a 10-year plan with the existing management company, while the residential site and adjacent zoned land will be developed by a separate group of investors, approved under the Immigrant Investor Programme (IIP). This programme is open to non-EEA nationals who commit to an approved investment in Ireland. It requires a minimum investment of €1m, from the applicants own resources and not financed through a loan or other such facility, which must be committed for a minimum of three years.

While the investors have not been named, rumours in Nenagh are that the funding is coming through a Chinese company.

“The hotel refurbishment, together with a further €8.5m investment in the surrounding development site, is significant,” according to local Labour TD Alan Kelly.

He said that a 10-year management agreement with the existing management company, Merriman Ltd, had been reached with the hotel’s private investor and this, together with development plans for the adjoining site, will see a potential €10m investment in the next three years.

Deputy Kelly said that having worked closely with the owners of the Abbey Court, his concern was for the staff and the wider Nenagh community.

“To be in the position to introduce such an investor to Merriman Ltd is most satisfying. The combination of this private investment together with an input from the Immigrant Investor Programme demonstrates the success of this financial model in accessing regional investment for developing such sites,” he said.

Deputy Kelly emphasised that the hotel and site development further tied in to the overhaul of the O’Connor’s site with its re-development by Lidl and Mr Price. Planning permission for Mr Price is pending.

“With First Data and other developments elsewhere in the town, this is a huge vote of confidence in Nenagh and its future,” he said.

The Abbey Court Hotel was developed by JP Ryan over a 10-year period between 1995 and 2005 on the site of the old Nenagh Motor Inn. He went on to construct 24 on-site houses on a phased basis up to 2006.

Mr Ryan who is looking forward to his retirement, expressed his satisfaction that the future of the hotel and surrounding development was secure.

“I can never adequately thank the loyal management team and staff for their support in the tough times of recession and I’m so happy that the future of the hotel is secure,” he said.

Hotel manager Matthias Muller said that the venture fulfilled expectations for the survival and future of a highly significant tourism and local amenity.

“We are encouraged by this injection support that allows us to continue the development of our vision for the hotel and the imaginative future strategy that we have put in place,’ he said. “Not only will it be a strong tourism product, it will be an amenity for locals as well.”