Ghosts, ghouls and plenty to do during Nenagh's Halloween Spleodar Festival 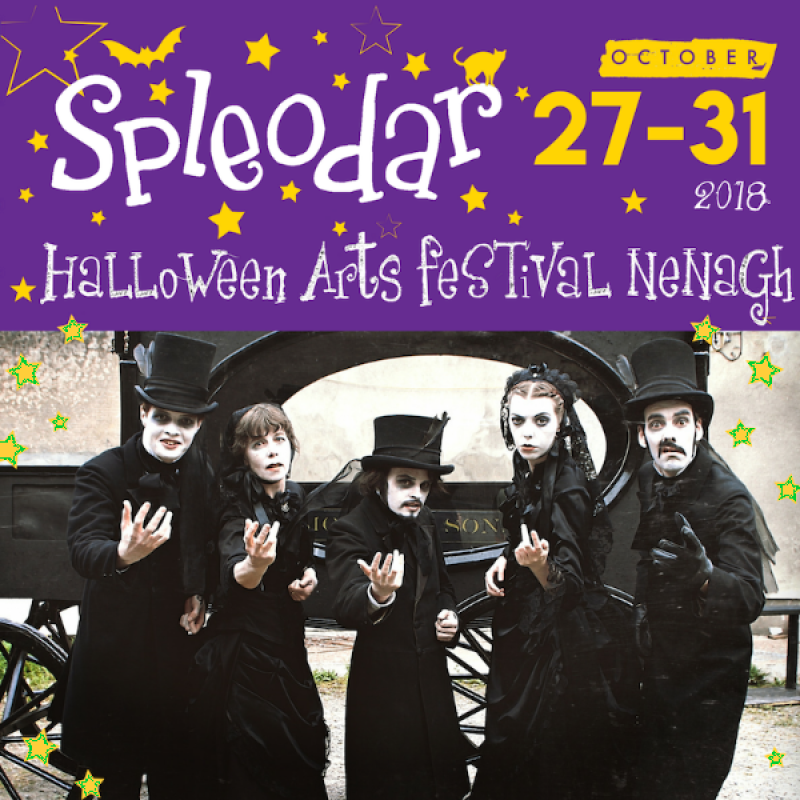 Morbid and Sons will lead the Spleodar Festival parade

Be prepared to be scared and entertained at this year's Spleodar Festival in Nenagh over the Halloween Bank Holiday Weekend.

This year's festival features ghost walks, a spooktacular parade and plenty of shows and workshops to keep even the scariest little monster occupied.

Spleodar kicks off on Saturday, October 27, at 12pm with storytime with AnnMarie McCarthy, who will read from her children’s books, Bubble The Rainbow Dragon and Fungie.

Older children can learn Hip-Hop Freestyle and B-Boying (Breakdance) with Tobi Omoteso at 1pm. At 4pm, there will be a screening of The Book of Life, an animated story about a man torn between fulfilling the expectations of his family and following his heart. The film is PG rated.

Sunday sees Dowtcha Puppets host a workshop at 1pm where you can learn to make a ghost, witch or your favourite Halloween character.

Kevin Whelan will lead a ghoulish tour of Nenagh at 3pm and 6pm.

Monday at 11am sees a mask making workshop, where, through cutting, colouring and sticking you will produce your own Halloween creature shield mask.

You can scare the ghosts away on Halloween night at the samba drumming workshop at 12pm, or, at 12pm, join the Treasure Haunt around Nenagh. Spleodar finishes at 6.30pm outside the friary with a parade and Morbid and Sons in what promises to be a celebration of all things ghoulish in a spooktacular carnival parade.