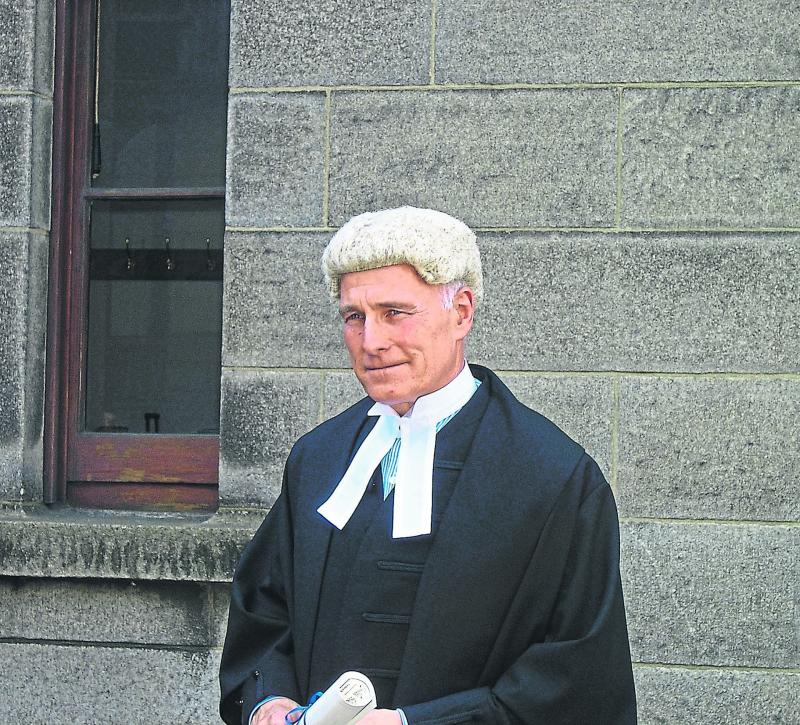 A Roscrea man who assaulted another man in the local shopping centre and stole cash and property belonging to the victim has been jailed for a total of four years by Nenagh Circuit Court.

Christoper McCarthy of Sheehane, Roscrea, had pleaded at an earlier court to assault but contested a robbery charge before the circuit court in October.

However, on the second day of the trial he pleaded to theft, which was accepted by the court.

Sgt Mark Kelly told the court that on December 20, 2017, both Mr McCarthy and his victim, James McCarthy were drinking in the injured party's home at Chapel Lane, Roscrea.

They consumed a large of amount of drink and went to get more from a local off-licence.

They went into the toilets in Roscrea Shopping Centre where a dispute arose and they began pushing and shoving. They fell down the stairs in what Sgt Kelly described as a “drunken brawl before Christopher McCarthy punched his victim in the head and kicked him in the head on a number of occasions.

Much of the incident was captured on CCTV belonging to the shopping centre.

The centre's manager witnessed the incident and attempted to intervene. He opened a side door to a laneway and asked them to leave.

Christopher McCarthy pulled his victim, who was unconscious, into the laneway and the assault continued there.

Both men had a quantity of cash amounting to €520 and Mr McCarthy ended up with his victim's cash and phone.

He later asked the Gardai to return €410 and a phone and glasses to James McCarthy.

Christopher McCarthy had also resisted arrest and was verbally abusive to the Gardai, Sgt Kelly said.

The defendant was shown CCTV footage of the incident last January and agreed he appeared to be punching and kicking his victim, for which he apologised.

Sgt Kelly agreed with Dermot Cahill, BL, for Mr McCarthy, that the defendant was a danger to himself and others with drink taken.

“I agree he accepts he went too far during a drunken brawl,” said Sgt Kelly. “He is a Jekyll and Hyde with drink taken.”

The court heard that Mr McCarthy had 143 previous convictions.

He came from a large family and had 18 siblings.

“Life would have been rough growing up,” said Sgt Kelly.

Mr Cahill told the court that his client was a “tragic figure” who resorted to drink to deal with his dysfunctional life.

“He has asked for a part suspended sentence because he hasn't given up on himself,” said Mr Cahill.

Mr McCarthy told the court he wanted to say sorry to all those involved.

“When I drink, I say things I don't really mean. I'm going through a bad time in jail as I am on lock-down.”

James McCarthy submitted a Victim Impact Statement in which he said that he had been meant to visit his children in the UK prior to the assault but didn't go because he didn't want them to see his condition.

“My children won't talk to me because I didn't go over,” he said.

He was afraid to go out on his own now and mainly stayed at home except for going to the shops.

He said the defendant knew well enough that when he had drink taken he was likely to commit a crime.

He said the “sheer savagery” of the assault had seen Mr McCarthy kick his victim in the facial area while on the ground and unconscious, which, he said could have resulted in far more serious charges.

Judge Teehan pointed out that the theft charge brought a longer sentence than the assault charge, which was a violation of bodily integrity.

“The maximum for theft is twice that for assault and that is something our legislators have a lot to apologise for,” he said. “But I have to take the law as I find it.”

He jailed Mr McCarthy for four years for assault and for five years for theft, concurrent. However, he suspended the final year providing Mr McCarthy enter a bond of €100 to keep the peace for two year on his release from prison.