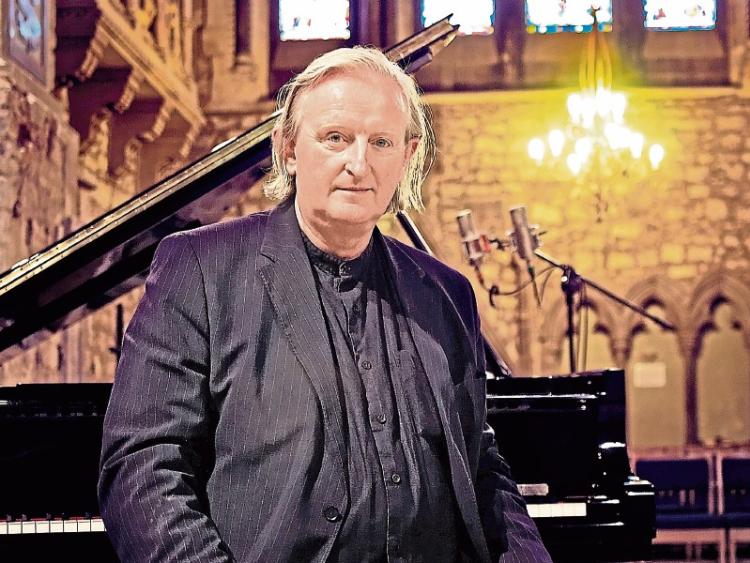 A Farewell to Mícheál

It is with great sadness that I learned of the death of my friend Professor Mícheál Ó Súilleabháin.

Growing up together in Clonmel in the 1950’s and 1960’s we could never have known what a giant he would go on to become in the world of music.

A son of Clonmel, his influence spread far from the town where he was reared and although his time has been cut short, his legacy will live on in the music and the movement that he created.

As a composer, Mícheál was very much inspired by ancient traditions but not at all bound by them.  He was a true pioneer in music fusing the new with the old and in the process creating something which was beautiful and unique.  Mícheál distinguished himself, his family and our town by his pioneering work in the world of music which was outward looking while still acknowledging the wealth of the past.

It was my privilege to be present at the conferring of the Freedom of The Borough of Clonmel on Micheál in 2016 during the Mayoralty of my Colleague Cllr. Pat English. The highest honour his native town could bestow on him. There he joined ranks with Charles Steward Parnell, Constance Markievicz, Mary Robinson and others who also hold that distinction.  He will rightly be remembered as one of our own who went out into the world and made a real difference.

In establishing the Irish World Academy of Music and Dance in the University of Limerick, Mícheál elevated the status of Irish culture to the truly global and highlighted Ireland on the world map.  A legend in Irish culture, he will be greatly missed.

I extend my sincere sympathies to his wife Professor Helen Phelan and their son Luke; sons Eoin and Mícheál (Moley) their mother Dr. Noirín Ni Rian and his brother John.

The President of University of Limerick has also expressed his profound sadness following the passing of Professor Mícheál Ó Súilleabháin after a prolonged illness. Dr. Des Fitzgerald commented on how Mícheál was at the vanguard of innovation, collaboration and creativity as a composer and musician. His music he said was both inspirational and emotional.

Dr. Fitzgerald further commented on Mícheál's contribution to University of Limerick describing it as immeasurable. He also said he touched and influenced the lives of thousands of people across the globe, his legacy he said would live on for generations.

Legendary composer Professor Micheal O'Suilleabhain, a household name in the world of music and art, has passed away  causing profound grief in his beloved home town of Clonmel and throughout the country.

He was the 23rd person  to be granted the honour of the Freedom of Clonmel in January of 2016.

It was an honour that meant so much to the world renowned musician and composer as he  grew up in the shadow of the Town Hall  and was able to view  the '98 monument from his bedroom window.

It was, he said on the night he received the Freedom, a town in which he always felt free and he was deeply moved and honoured to accept the award.

It was a privilege to attend the Town Hall ceremony to listen  to the musical maestro as he delivered a powerful acceptance speech that captured the love he holds for what he said  Seamus Heaney spoke of as First Place.

His audience was captivated  by his eloquent  recollection of a Clonmel childhood, his family life, school days, friendships and the people who nurtured his musical talents, delivered in poetic fashion.

"For me Clonmel is my First Place. The River Suir is my First River. The Comeraghs that sweep down  towards the town are my First Mountain Range. And the 'sunny shoulders' of Sliabh na mBan, visible from the town , is my First Hill,".

He spoke of his earliest memories - listening to the boom of the bass guitar from the latest showband appearing  at the nearby Collins Hall from his bedroom in Mitchel Street.

"My earliest memories are those of music - sitting under the kitchen table at the age of perhaps three or four - playing  with a toy piano - and making my very first musical discovery - that if you played a note then skipped one and played the very next one with the first one - that the sound was sweet- like the many sweets in the shop my mother  and father, Nelly and Ambrose operated;Bulls Eyes, Peggy's Leg, Gobstoppers, Macintosh toffees, Jelly Babies and the long cooling summers  of ice cream cut  from the block nestling between wafers that had a taste for me more sacramental than secular"

He spoke of  the daily walk to and from school - the Sisters of Charity, serving as an altar boy for Father Lane in Ss Peter & Paul's church , picking up the button accordeon at national school, marching  with his brother in The Boys Band  out to St. Patrick's Well for Corpus Christi procession, his neighbour Tony O'Keeffe teaching him the tune The Mountains of Pomeroy, the ubiquitous Fainne Geal an lae and the ballad tune Rody McCorley and his graduation to the High School.

"For me this time  was a magic one  of rock groups and hops, the hallowed spaces of St. Mary's Parochial Hall, The Island, even The Courthouse behind us here was brought into play on several occasions. The Sea Cliffs were born  and with my conferes Martin Hennessy on rhythm guitar, Eby Burke on bass guitar, Ken Ryan on drums, myself on lead guitar, and later for some time Charlie Hannon on vocals, we took the town by storm, he said.

He recalled with great fondness his musical tutors such as sister Stan,Sister Ita and Mrs.Morris and later the influences of  composers  Sean O Riada  and Aloys Fleischmann.

He spoke of his journey  to UCC where he met his wife Noirin who was in America with their sons Eoin Benedict and Michael Padraig   and then UL and the birth and growth of  the Irish World Academy of Music and Dance.

Some years ago in an interview  Micheal said  - "I believe in an afterlife. The main evidence for which is nature. When I sit and look at something as lovely as the autumnal light streaming through the window of the living room of my house  it is ridiculous to think there isn’t a presence behind it. The notion of some sort of continuity after physical death is a no brainer.

The biggest lesson so far is that the best things come from honesty. Traditional values such as dignity and respect for the self and others are the foundation upon which anything sustainable is built"

Emeritus Professor of Music at the University of Limerick and founder/Director at the Irish World Academy of Music and Dance which he created in 1994, Micheál Ó Súilleabháin also recorded a series of pioneering solo albums which re-positioned his chosen instrument, the piano, at the heart of Irish traditional music – while also revealing the intersections where classical and traditional music could co-exist.. His richly evocative collaborations with Mel Mercier, who succeeded him as CHAIR at UL, were a celebration of Ó Suilleabháin’s flinty sense of humour and love of musical exploration.

.He was hugely instrumental in the relocation of the Irish Chamber Orchestra from Dublin to its current home at the University of Limerick.   Awards included Honorary Doctorates of Music from University College Cork, (2005)  and The Royal conservatoire of Scotland (2017), Ollamh na hÉigse (Inaugural award by Comhaltas Ceoltóirí Éireann in 2006); Honorary Alumnus Award (Boston College) and the O’Donnell Chair of Irish Studies from the University of Notre Dame (2012).

He studied at University College Cork (B.Mus.1972, MA 1973) with the composers Aloys Fleischmann and Seán Ó Riada, and in Queens University Belfast (PhD 1987) with the ethnomusicologists John Blacking and John Baily.

He  produced a series of CD recordings in America, the UK, and Ireland on the traditional music of the Shetland Islands, Donegal, Cape Breton Island and on Irish traditional musicians in the USA and in England.

He is survived by his wife Professor Helen Phelan and their son Luke; sons Eoin (Andrea) and Mícheál (Moley), and their mother Dr Nóirín Ní Riain, and by his brother John.(Patricia)