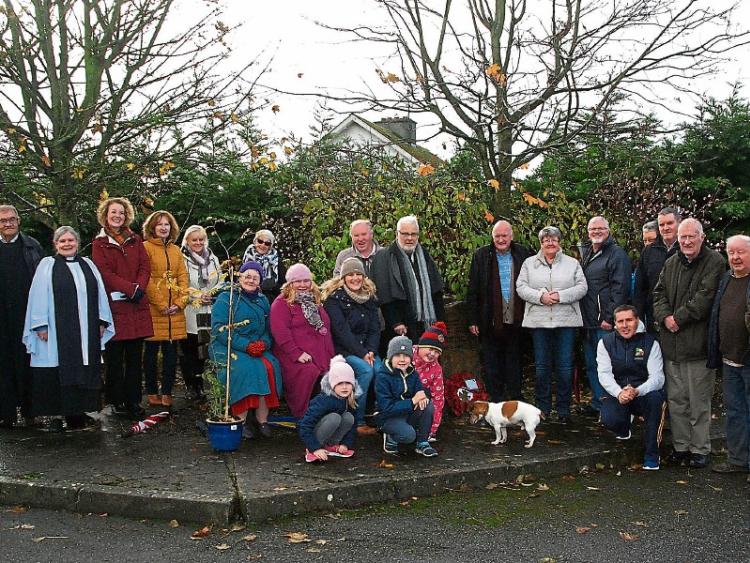 Organisers of the Ashbury Resident Association in Roscrea, with friends PICTURE: PJ WRIGHT

On Saturday morning the November 11, at 11am, Ashbury in Roscrea commemorated Armistice Day with a short service at their millennium garden dedicated to all who fought in the two world wars

Tommy Murphy opened proceedings by welcoming everyone to Ashbury on what was a damp cold morning but that didn't deter people's spirits.

Together they blessed a poppy wreath and Mr Wesley Beck laid the wreath at the commemoration stone laid down in 2000, the millennium year.

Tommy then welcomed George Cunningham to say a few words, and George spoke fondly of Mrs Josie Delaney who recently passed. Josie came to Ashbury at the age of one, and lived in 5 Legion Villas, and she was know as a a great supporter of Ashbury.

Jack Moyney, a Victoria Cross recipient, was also fondly remembered as many others. George presented a beautiful Ash tree to the people of Ashbury to be planted in the garden and a plaque to placed at the beautiful oak tree that was planted earlier during the year to celebrate the success of the Street league.

After the service was concluded everyone was welcomed to the White House for light refreshments.