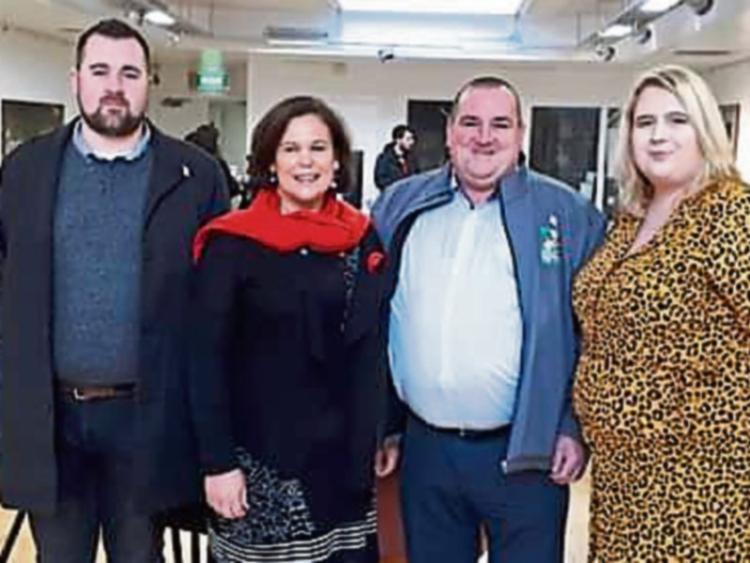 Tippeary Town Sinn Féin chairperson Tony Black has been selected at convention to contest the county council elections alongside his party colleague Councillor Martin Browne in the Cashel/Tipperary LEA.

Tony is from Lacey Villas, Tipperary Town and is the son of Anthony Black and Fiona Brennan. He currently lives in Rosanna Close with his fiancee Amy. Tony holds an honours degree in History and Religions & Global Diversity from UCC.

He joined Sinn Féin on his first day in UCC in 2008 and was a founding member of the Seán Treacy Sinn Féin cumann in Tipperary Town the following year.

He was Chairperson of Tipp Town Against Water Charges Committee and was very active in the local area during this campaign. Tony is a player and former committee member with Tipperary Town FC.

He was one of the main organisers for the 2015 march against water charges in Tipperary Town which brought 1500 people on to the streets. Tony is well known in the local area due to tending the bar in The Snooty Pig for the best part of a decade.

He has campaigned on numerous general, local, European and Presidential elections, as well as campaigning against Local Property Tax, hikes in 3rd level fees and other issues. Tony wants to be a strong voice for the people of Cashel/Tipperary and will work tirelessly on their behalf if elected.