First Tipperary TDs to be honoured in Clonmel with new plaque 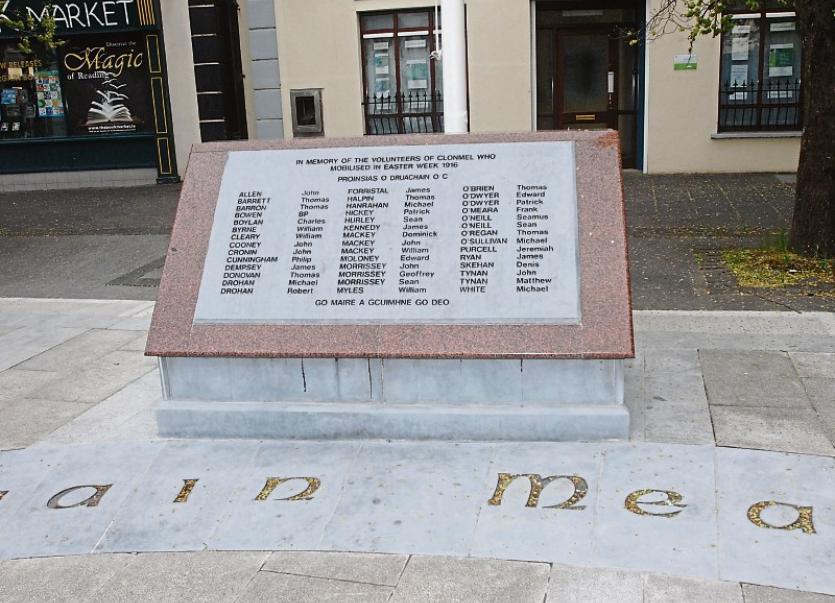 Above - On Sunday morning (St. Patrick’s Day) at 11 am at The Borstal, Clonmel, a commemorative plaque will be unveiled in honour of Tipperary’s first four TDs who were elected to Dáil Éireann in December of 1918, and which met for the first time in January 1919 in the Mansion House in Dublin

On Sunday morning, St. Patrick’s Day, the Clonmel Coiste Spiorad 1916 will unveil a commemorative plaque at the 1916 monument at the site of the old Borstal Gate in Emmet Street.

The plaque will bear the names of the four TDs who were elected to the first Dáil in December 1918 and which met for the first time in January 1919.

The four TDs who represented County Tipperary constituencies in this First Dail were :

It is felt by the Coiste Spiorad 1916 that, after a century of government by Dail Eireann, the names of those who represented this county in the First Dail should be publicly commemorated in the county which elected them.

The unveiling ceremony will take place at 11 o’clock on the morning of St.Patrick’s Day and the general public and particularly the relatives of the Clonmel Volunteers are cordially invited to attend.