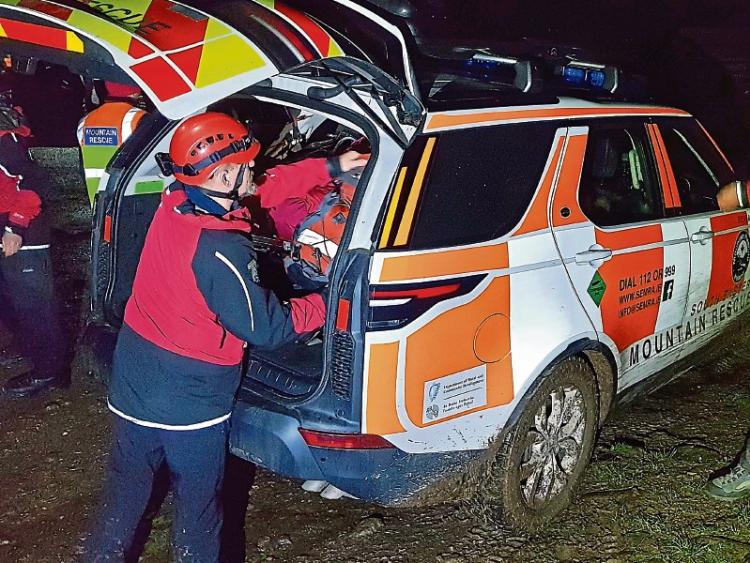 South Eastern Mountain Rescue volunteers were called away from participating in a St Patrick's Day Parades on Sunday to rescue a walker on Slievenamon and went to the aid of lost hikers in the Comeragh Mountains after a second parade.

It was a busy weekend for the local mountain rescuers who were also called out on Monday evening to look for a walker lost on Slievenamon.

John Foley of SEMRA said they were in Waterford to take part in the city's St Patrick's Day Parade on Sunday when they got an alert to rescue an injured walker on Slievenamon.

The call out was received at 11.15am.  The walker was a woman who suffered a lower leg injury after falling.

John said weather conditions were cold and very windy and challenging on Slievenamon on Sunday morning.

But their work wasn't over.  Some of the group's members took part in Tipperary Town Parade at 2pm and afterwards were called out to search for missing walkers in  the Coumshingaun area of the Comeraghs.

" We initiated a full team callout. While the team were en route, the walkers made their way down and were met by one of our team."

The Mountain Rescue team's third call out of the weekend was to search for a man lost  while hiking near Slievenamon's summit.  Some of the volunteers were directing traffic at an accident scene between Clonmel and Cahir when they received the call out. They were returning from an event  in Cork when they came upon the accident.

"We got the call from Thurles Gardai at 5pm. The walker was located by search dog Ziggy and handler Mick Grant and the walker and rescuers were safely off the mountain by 7.30pm," said John Foley.