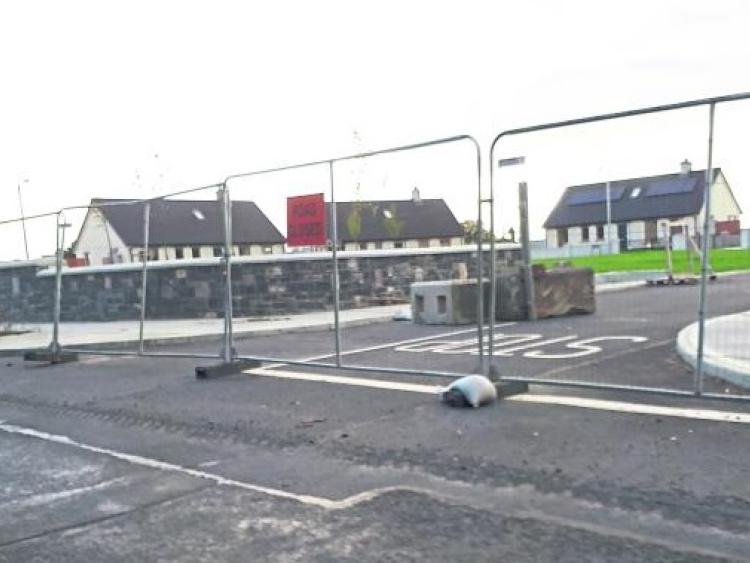 The houses which have been built at Cabra costing €2.2m

The cost of providing traveller accommodation at Cabra Bridge, just outside Thurles, has risen to €2.2 million according to the department following a question asked in Dail Eireann by Deputy Mattie McGrath - almost half a million more than had been circulating in the public domain.

The controversial houses have been the subject of much public scrutiny after it emerged that the families for whom the houses had been earmarked were refusing to move into them unless some conditions were met including providing facilities for horses. Tipperary County Council, however, stated that they are in the business of accommodating people and not animals, and refuted the suggestion that an agreement had been made in relation animals.

The matter reached the national airwaves during the course of the Presidential election when candidate Peter Casey hit out at the situation having visited the houses. His comments struck a note with many and his percentage in the polls rose dramatically.

Locally, Cllr David Doran has been pushing the local authority to bring this matter to a close and has expressed huge frustration at the amount of time it is taking to conclude. He has submitted  a Notice of Motion for next weeks Municipal District Meeting calling  calling on the council "to give an update as to the status of the houses at Cabra. I believe that the mediation process should be long completed and it’s time for Tipperary County Council to allocate these houses to the prospective tenants without any preconditions or add-ons  or allocate them to other families, this saga has gone on for far too long and needs to be brought to a conclusion," he says.

Deputy McGrath, received from the Minister following a Parliamentary Question in relation to the cost of providing the Traveller Accommodation at Cabragh, the information that the department provided a total of €2,228,669 to Tipperary County Council in respect of the development at Cabragh Bridge. "However we were led to believe through various media outlets that the cost was in the region of €1.7 million. I have asked that the Housing Section clarify the discrepancies in the allocation," he said.