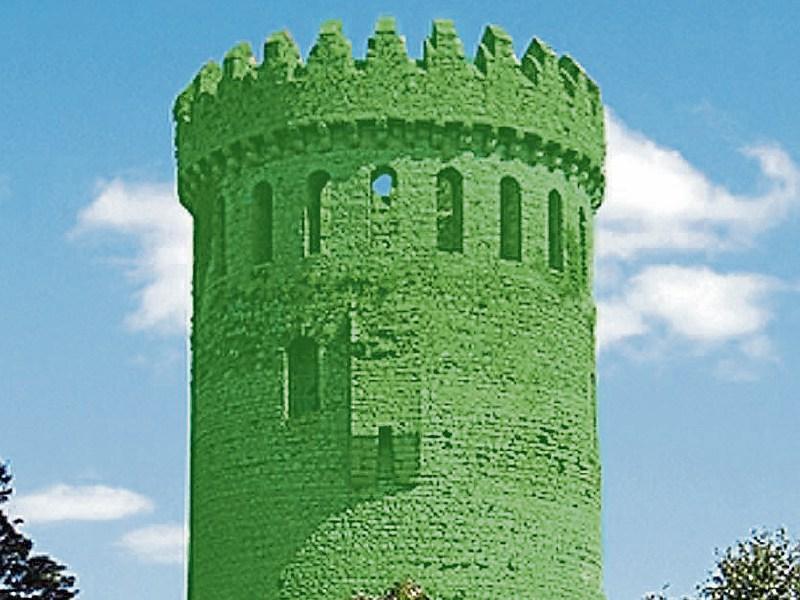 Nenagh Castle: health and safety and birdlife cited for leaving building in the dark

Nenagh Municipal District Council has kicked an appeal to light up Nenagh castle to touch after the OPW raised concerns over health and safety and the impact it would have on birdlife.

The council was asked by Cllr Seamus Morris to light the castle blue for Autism Day, following a campaign by local man John Clarke to raise awareness of the condition as his son suffers from autism. Mr Clarke had further suggested it could be lit for different campaign days or events during the year.

However, district administrator Rosemary Joyce told Cllr Morris that the castle was the property of the office of Public Works and that their consent would be needed.

She pointed out that the castle grounds were closed for health and safety reasons when the castle was lit for St Patrick’s Day as overground cables had to be brought in and there was no modern lighting system in place.

She said there were also concerns for the nesting swifts.

Cllr Morris believed it was not an “unreasonable” request.

“It is about time to put in a proper system and not to be bringing in a cable once a year to turn the castle green,” he said.

“The castle has been there for 800 years and I wouldn't like to misplace the swift population,” he stated.

Not all councillors were in agreement with Cllr Morris, with Cllr Michael O’Meara saying that it was appropriate to light it for St Patrick’s Day.

Cllr Hughie McGrath also had reservations saying his priority was to move on to Phase 2 of the castle plan and take down two properties on Pearse Street to open the castle up to the street.

There was support from Cllr Ger Darcy, who pointed out that there was no difficulty lighting the Rock of Cashel.

Cllr Joe Hannigan said there was merit in the appeal and that the reasons given for not doing it were “not insurrmountable”.

“The castle belongs to the community,” he said.

District manager Marcus O’Connor said that the castle attracted 12,000 visitors anually and the council was working closely with the OPW to deliver Phase 2. The co-operation of the OPW was very important if Phase 2 was to proceed, he said.

“We must respect their reply,” said Mr O’Connor.

However, he agreed the lighting system was not there at present and said that the council could ask the OPW about the possibilty of a new system.

This was accepted by Cllr Morris as a way forward.