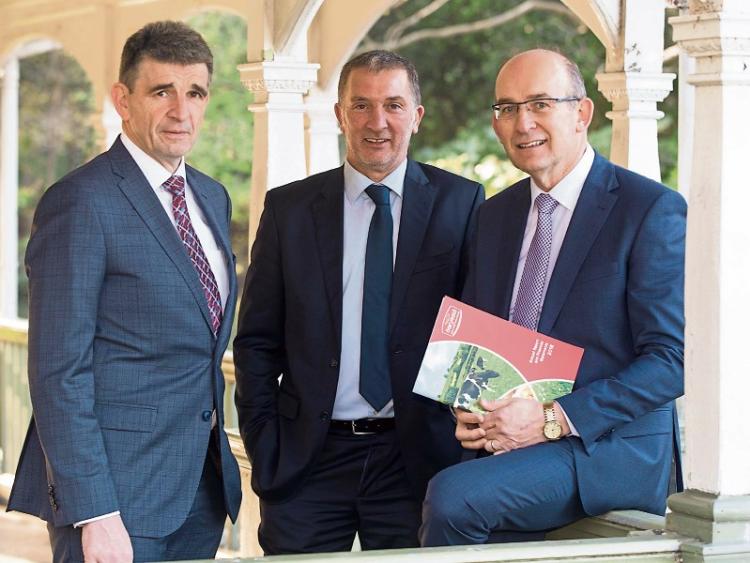 Dairygold’s average milk price for 2018 was 36.1 cent per litre, based on average milk solids, according to the company’s annual figures which were released last week.

And looking forward to 2019, the co-op says that any increase in milk price will depend on a stronger market.

The company notes that global market returns in 2018 were weaker than 2017.

The results were published ahead of the EU agreeing to postpone any possible Brexit until the end of October, and Dairygold said that Brexit uncertainty was overshadowing the market, especially cheese, creating negative sentiment in international dairy markets.

However, the futures markets for dairy ingredients suggest that there was relative stability expected by buyers and sellers for the balance of the calendar year.

Following on from a series of weather events in 2018, Dairygold’s 2,850 milk suppliers expanded milk production by 2.7% to deliver a record 1.34 billion litres of milk to the society over the year.

The co-op said that it responded by supporting milk and grain prices and introducing a range of supports for farmers.

It supported farm gate milk prices by in excess of €15m above market returns, while delivering an operating profit of €28.9m, a reduction of €3.5m on 2017.

Since 2009, and primarily as a result of the deregulation of the milk quota regime, Dairygold has seen its milk volumes grow by around 500 million litres, a 60% increase, with milk solids (protein and butter fat content) increasing by 70% over the same period. Dairygold milk suppliers are projected to increase their annual milk production volume to around 1.65 billion litres by 2023.

In line with its commitment to process all its members’ milk, Dairygold continued its capital programme and in 2018 committed a further €130m as part of the Phase II Post Quota Primary Processing Investment Programme.

He said that the society was focused on its value-added strategy, the sustainability agenda which is critical to the dairy industry growth ambition and the challenges of Brexit.

The co-op’s agri-business turnover was €261.6m, an increase of 19%, driven by higher feed sales volumes resulting from unsuitable grazing weather and the consequent shortage of fodder, from spring right through the summer, while retail sales also increased year-on-year.

In addition, to support its tillage farmers due to the extreme weather events, Dairygold’s grain prices for the 2018 harvest were around 40% higher than 2017 and the highest paid by Dairygold since 2012.

Dairygold is also continuing its investment programme, spending over €300m between Phase I and Phase II primary processing between 2012 and 2020 to support the growth in milk production.

This includes the establishment of a new cheese manufacturing facility in Mogeely in partnership with TINE SA of Norway; increasing the demineralised whey ingredients capacity at the Castlefarm dairy complex in Mitchelstown and the installation of another evaporation and drying system at the nutritionals campus in Mallow. All three projects are scheduled to be operational by 2020.

In addition, Dairygold’s strategic partners will have invested a further €120m in processing capacity on its production facilities.