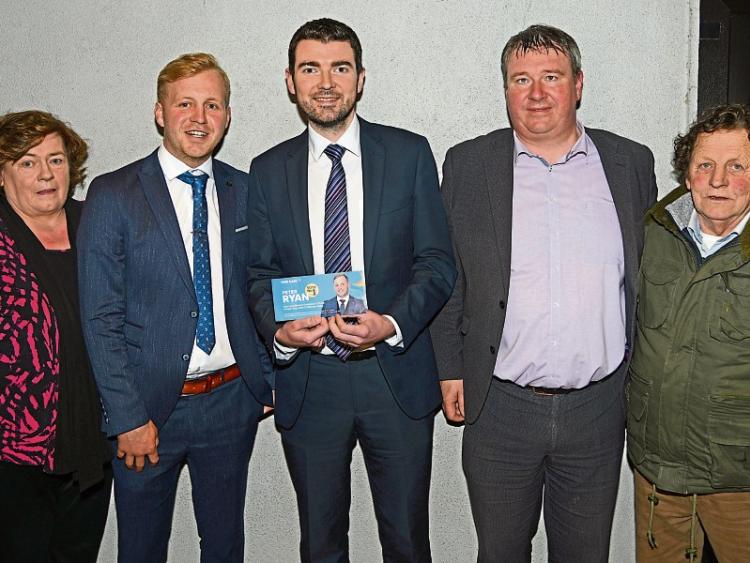 Peter Ryan, Drombane, held the official launch of his bid to get on the Thurles council on home turf in Ned’s pub, Drombane, on Thursday, April 11 last.

The MC for the night was Tom Berkery, who regaled the crowd of supporters with amusing anecdotes of canvassing and life on the campaign trail. “It was great to get such a turnout”, says Peter, Irish Paralympic athlete, and Tipperary person of the year 2018. “Putting your name in the ring is a daunting task, but when I see what is happening in Thurles, and the opportunities to change what’s happening locally, I couldn’t sit on my hands and do nothing.

“As the launch has shown being part of Fine Gael, who are in government, gives me access to higher up the chain than I could otherwise achieve, and allows me to highlight at the very highest levels the problems facing Thurles and the surrounding areas.”

Peter, a first time candidate, realises the challenge ahead, taking on five incumbents, but feels it’s a journey worth taking.

“I’m no stranger to challenges, and to taking on difficult tasks, but on this occasion I’m doing it to improve the town I live in and the people living here. I’ll need all the help I can get if I am to be successful in my bid to get elected, so if anyone wants to get involved I’d really appreciate their support. I want to thank John Ryan of Ned’s for a great night, and all those who turned out to show their support. I really wasn’t expecting such a crowd, but it was great to get such a show of support, and meant an awful lot to me”

Peter has recently returned from The Netherlands where he came fifth in the World Championship and set a new Irish record in doing so.