Weekend event to look at aftermath of 1918 election 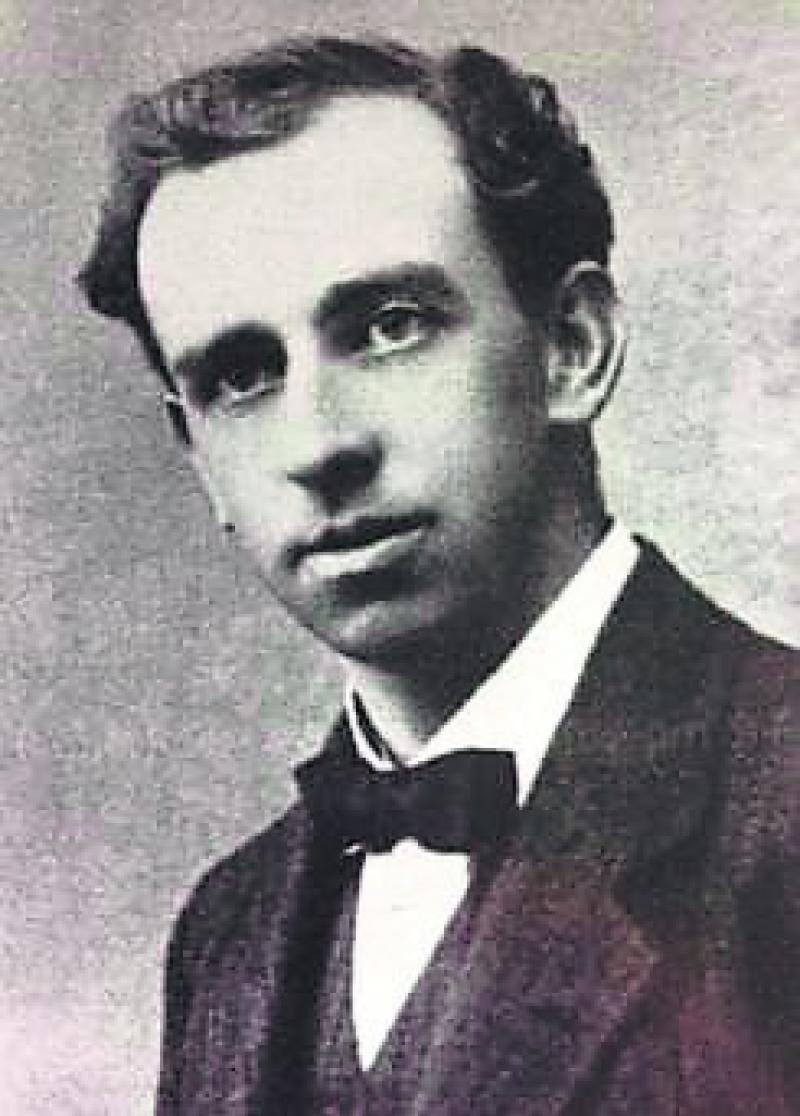 Thomas MacDonagh: Cloughjordan will host its annual summer school over the May Bank Holiday weekend

The turbulent fallout from the 1918 election and the drift into the War of Independence will be examined in detail at this year’s Thomas MacDonagh Summer School, which will be held over the May Bank Holiday weekend.

In the General Election of 1918 Joseph, the youngest of the MacDonagh siblings (1883-1922), was elected a Member of Parliament for the constituency of Tipperary North. He took his seat, not in Westminster, but in the first Dáil Éireann, held in 1919.

His story continued through the turbulent years of internment and restrictive laws to the guerrilla warfare and reprisals that came to be known as the War of Independence.

The school examines this period while music, Irish language and culture is celebrated through the weekend events.

The opening of the weekend’s events will be held at 9pm, May 2, on the eve of the anniversary of the execution of Thomas MacDonagh with a candlelight procession from the MacDonagh Museum to the statue of MacDonagh on Main Street, where a wreath will be laid.

It will be followed by Seisiún Cheoil in Grace’s Pub.

The school itself starts on Saturday, May 4, at 10.30am with Dr Mary McCarthy of UL, and will feature talks by Dr Pat McCarthy, 1918 - Prelude to the War of Independence.

This will look at the results of the 1918 elections and how the change in political landscape evolved in the lead up to the first Dáil Éireann and ensuing “war”.

Liz Gillis will speak on the Fight for Women’s Rights and National Freedom.

After decades of suffragette struggle, some women were permitted to vote in a general election for the first time in 1918. In Ireland, that election was the first to occur after the 1916 Rising and thus became a de facto referendum on the issue of Irish freedom.

Tipperary historian Sean Hogan, will discuss the Escalation of the War of Independence over the two-and-a-half-years from January 1919 to July 1921

Sean will give a comprehensive account of the fight for freedom as it spread from its beginnings in Soloheadbeg throughout Tipperary.

That afteronn there will be a field trip to Adrcroney to visit the site of the Modreeny ambush, Ardcroney Manor and Tom Walsh Memorial and a neolithic tomb.

One of the interesting events of the weekend will take place on Friday, May 2, when Cloughjordan Cine Club will screen Irish Destiny (a fictional story incorporating newsreel footage from the War of Independence. It went unseen for over 60 years but restored by the Irish Film Institute with a commissioned score by the lateTipperary composer Mícheál Ó Súilleabháin.)

The production is based on newsreel film produced by Dr Isaac Eppels in 1926.

On Sunday, May 5, at 8pm there will be a talk by Dr Joe MacDonagh on the Legacy of the Irish War of Independence for 21st Century Ireland.

He will examine the ideals of the War of Independence and how they might inform what we as a society want Ireland to be in the 21st century.

He will use his experience as a psychologist and educator, plus, of course, his Republican family background, to suggest some ways in which we can learn from the foundation of the modern Irish State.

This talk will be chaired by Dr Peadar Kirby.

All talks, will be held in the Thomas MacDonagh Museum. Booking is essential for the school through macdonaghweekend
@gmail.com or at 087-3946862.

For the full programme, log on to www. macdonaghheritage.ie