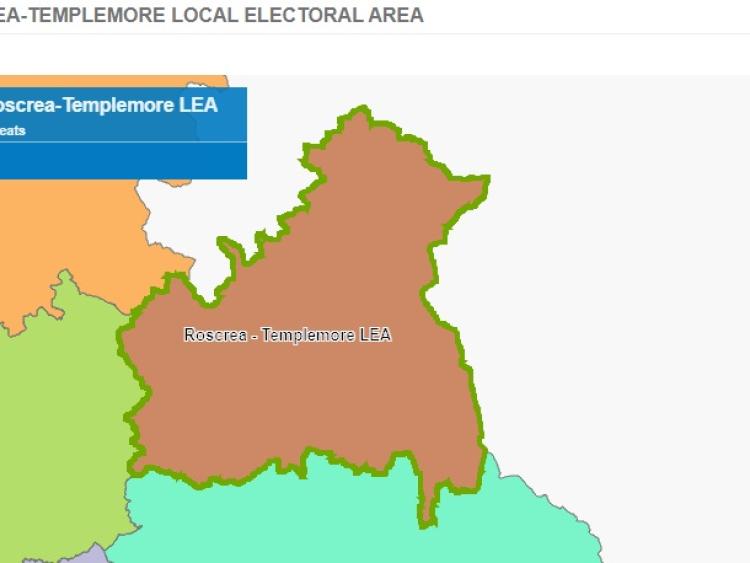 William Bergin (FF) from Ballyknockane, Templetuohy, is a grand-nephew of the late Fianna Fáil TD, Mary Bridget Ryan-Lacken. A farmer, William serves as a chairman of the GAA Moyne Templetuohy juvenile club and is a treasurer of the board of management of the local national school. He is striving to retain a seat held for many years by John Egan and John Hogan.

Noel Coonan (FG) is a former Town and County Councillor, TD, and Senator who was first elected to Seanad Éireann in 2002, and went on to serve two terms as a TD before losing his seat alongside Tom Hayes in the Tipperary constituency at the last general election in 2016. The self-employed businessman from Gortnagoona, Roscrea, is now fighting for a seat left vacant by Joe Bourke of Templemore who decided not to seek re-election.

Chairman of the Mid Tipp GAA Board Jonathan Cullen (FG) hails from Ballyknockane, Templetuohy, and, alongside Noel Coonan, is targeting to win two Fine Gael seats in the Templemore/Roscrea area. Mr Cullen is a Sales Account Manager who attended Castleiney NS and Our Lady’s Templemore secondary school. He has a son with special needs, and healthcare is one of his top priorities.

Chairman of Sinn Fein Roscrea, Michael 'Chinny' Donovan attended Coláiste Phobal Roscrea and has worked for Tipperary Co Council for over 30 years. Mr Donovan, from Sheehane, Roscrea, was a founder member of the SF Roscrea Cumann 12 years ago and is involved in Killavilla Utd and the Sean Ross Abbey issue.

Independent candidate Shane Lee is aligned to the Lowry team, having previously run on a Labour party ticket in 2014. Mr Lee is from Cois Carrig, Roscrea, and is self-employed. He runs the Shane Lee Chimneys service in Roscrea where he lives with his partner Kelly and two children.

From Knocka, Drom, near Templemore, Horse Racing Manager and non-party candidate Cllr Eddie Moran took his seat on the Council in 2016 when he replaced the late Cllr Willie Kennedy in a co-option. Cllr Moran lost out very narrowly in the last local election having been a sitting councillor on North Tipperary County Council prior to the amalgamation with its South Tipperary counterpart.

Independent Tommy Murphy is involved in the Community First action group in Roscrea, is chairperson of the Ashbury Residents Association, and volunteers with many other local groups. Mr Murphy is a former Labour party candidate and was born and educated in Roscrea, and worked in the Roscrea Meat Factory and in England.

Cllr Michael Smith (FF) from Behagloss, Roscrea, is the son of former TD and minister, Michael Smith Snr, and was first elected as a Councillor in 2004. The farmer and father-of-three most recently retained his seat as a Tipperary county councillor in 2014, and contested the 2016 general election, but missed out on being selected to run on the FF ticket for the next general election.