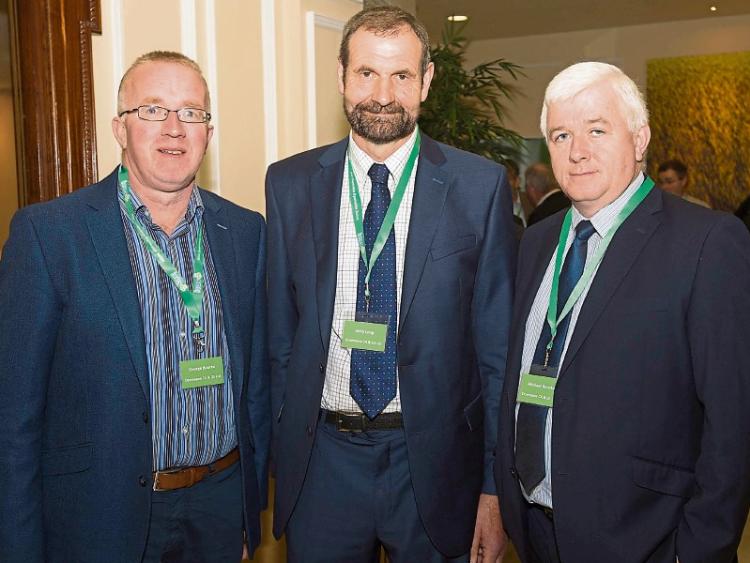 Two Tipperary men are set to hold the top positions in a national farm organisation.

Jerry Long, The Ragg, Thurles, has been elected president of the Irish Co-operative Organisation Society, the umbrella group that represents the Irish co-op movement.

Mr Long, who takes up his role immediately, is a dairy farmer and milk supplier to Drombane Co-operative.

He has been chairman of the ICOS dairy committee since 2015.

“My strong focus and that of our organisation will be to work to help co-operatives to further develop the resilience of their businesses,” he said following his election.

Mr Long said that environment will, quite rightly, be a huge focus from now on, but in parallel, there was a need to ensure that our model of farming and food production was resilient and sustainable for the benefit of farm families and rural communities.

“The dramatic increase in milk production, with over €200m in additional income for rural areas every year since 2015, has been hugely positive for rural communities. We must now focus on making the next phase of that expansion fully sustainable and resilient,” he said.

The new president said that there was also a need to address the complete imbalance in fortunes between the dairy sector and the livestock sector, which is falling further behind every year.

He said that ICOS was committed to supporting the livestock sector, through its marts, farm support co-operatives, and through our lobbying and representation at home and in Europe.

“We will campaign to deliver a model, supported by a well-funded CAP, that allows drystock farmers to capitalise on opportunities to deliver quality beef and lamb production, while being fully rewarded for their substantial services to the environment and the food supply chain,” he said.

The organisation represents over 130 co-ops in Ireland - including the Irish dairy processing co-operatives and livestock marts - whose associated businesses have a combined turnover in the region of €14bn, with some 150,000 individual members, employing 12,000 people in Ireland, and a further 24,000 people overseas.