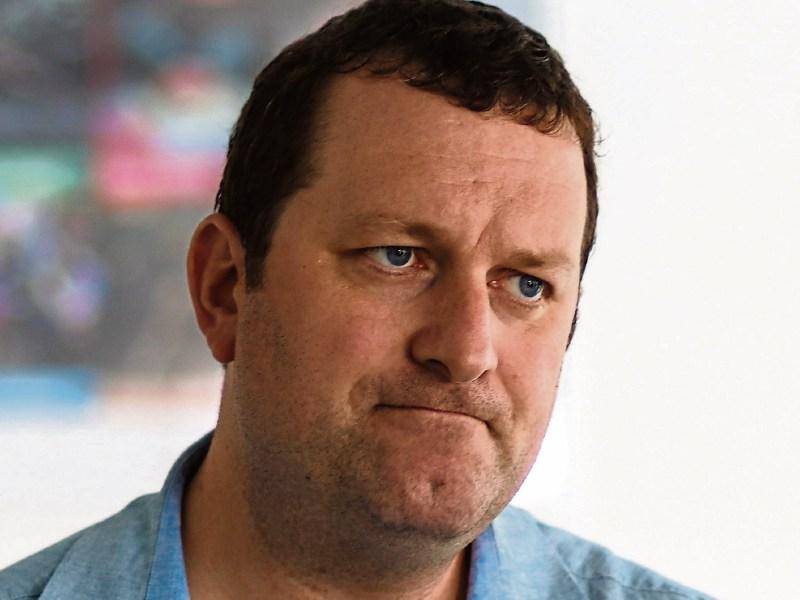 Two creative Nenagh talents have joined forces to bring their work to the Galway stage for a world premiere.

Theatre director Andrew Flynn will direct the stage adaptation of Donal Ryan’s The Thing About December in a world premiere at Galway Town Hall theatre next week.

As well as directing, Andrew adapted the novel in collaboration with Jarleth Tivnan.

A former pupil of Nenagh CBS, he cut his early theatrical teeth with the Young Nenagh Players before graduating on to the bigger stage with the Nenagh Players.

A graduate of NUIG, he began his theatre career in Druid Theatre, where he was assistant director to Garry Hynes for three years. Andrew is also the director of theatre at Galway Arts Centre and a lecturer of theatre studies in NUIG.

The Thing About December centres around rural Tipperary at the turn of the 21st century where Johnsey Cunliffe, a simple, naïve only-child in his twenties, grieves the death of his much-loved father.

Harassed by local bullies and excluded by his peers, Johnsey’s isolation worsens when his inherited farm is re-zoned and becomes valuable.

The clouds gather as locals try to tempt Johnsey into giving up his family’s land, while Johnsey, the unlikeliest of heroes, must try to hold onto those things dearest to him.

Tense and complex, the play captures the loneliness of the outcast, the pain of being an orphan at any age, and the terrible consequences of parochial greed.

Author Donal Ryan, son of Donie and Anne of St Conlon’s Road, said: “The Thing About December is very precious to me and I’m glad it’s in the hands of Andrew and Jarlath and Decadent Theatre Company, theatre-makers with a stellar record of bringing stories to life onstage with empathy, passion and verve.”

Donal is the author of four best-selling novels and a short story collection. He was nominated for the Man Booker Prize in 2013 for his debut novel, The Spinning Heart, and again in 2018 for From A Low and Quiet Sea. His many awards include the European Union Prize for Literature, the Guardian First Book Award, and three Irish Book Awards.

The Thing About December will premiere in Town Hall Theatre Galway this Thursday, June 13, and runs until Friday, June 22.