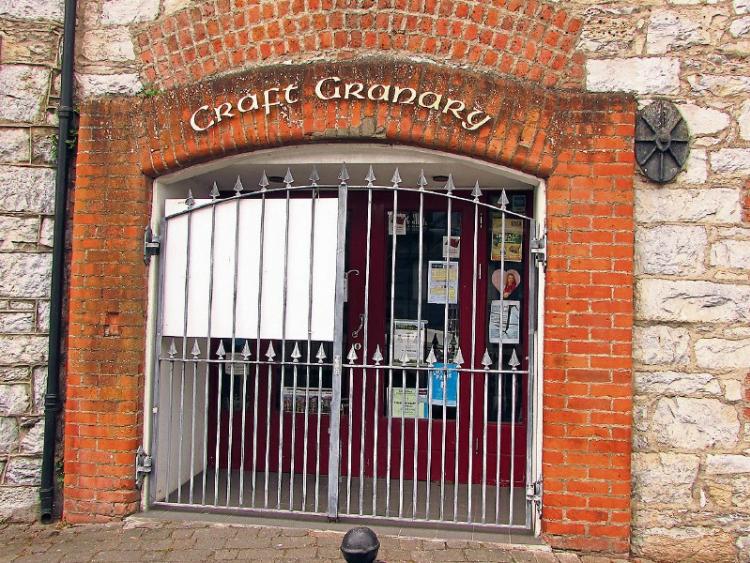 Cahir library may be relocated to the former Craft Granary building

Cahir library may be relocated to the granary building in the town following the closure of the Craft Granary.

The Craft Granary is to close at the end of the month when its former premises becomes vacant.

Tipperary County Council is now considering relocating the library to the premises as the existing library doesn't meet the needs of a modern library service.

The board of the South East Regional Craft Centre CLG decided, at a board meeting on May 30 to cease trading June 29 and to wind up the affairs of the company operating the Cahir Craft Centre in the Granary building.

Following this decision, discussions have taken place with the Department of Social Protection who supply staff on placement to the company, and assurances have been received that all staff will be facilitated on another scheme in the Cahir area.

As a result of the decision to wind up the company, the Craft Granary building in Cahir, which is currently held on lease from Tipperary County Council, will revert to Council control on June 30.

The council is aware that the current Cahir library premises does not meet the needs of a modern library service and, accordingly, has been examining if sections of the Granary building occupied by the Craft Centre can be adapted for library service use.

Preliminary indications are that the building can be easily adapted for this purpose and, at a meeting June 7, the elected members from the Cahir area were briefed on the council plans.

The other existing businesses operating in the Granary building will not be affected by the closure of the Craft Centre and proposed changes to the ground floor and first floor areas.

While councillors expressed their disappointment that the Craft Centre would cease operating in the town they also emphasised the importance of finding an alternative use for the vacant sections of the Granary building.

In addition, councillors highlighted the need to find alternative uses for the existing Cahir library building, when vacated, and the adjacent council building.

Officials from Tipperary County Council informed the elected members that refurbishment plans were being prepared in relation to both buildings and that these proposals when further developed will be presented to the councillors with a view to getting the necessary planning consents, where

required, and also applying for funding under the relevant national schemes and programmes in order to implement these plans.