Championships were held in the Harriers Athletics Club in Tullamore on Saturday, June 1 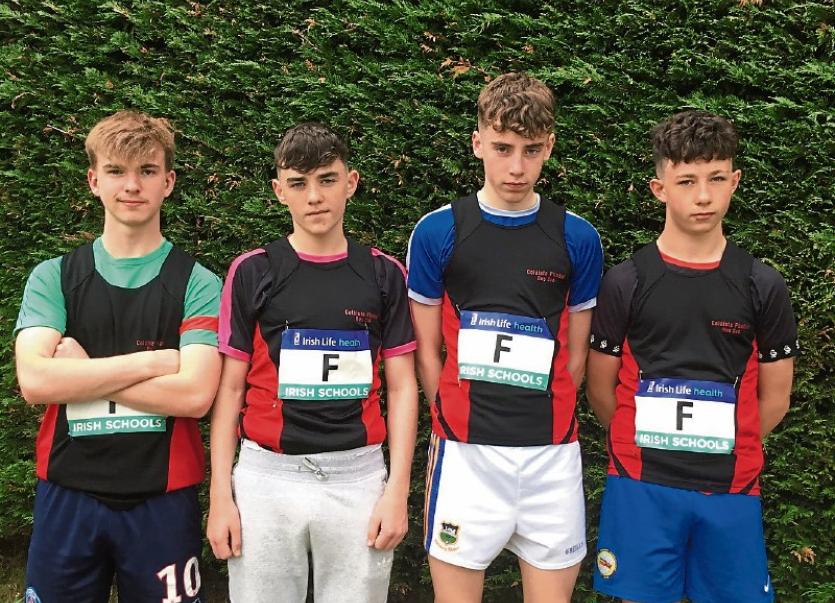 The championships were held in the Harriers Athletics Club in Tullamore on Saturday, June 1.

In the morning, Killian Bergin competed in the junior boys’ javelin competition. Eight boys from all over the country competed for a coveted All Ireland schools medal. Killian threw consistently throughout his first three throws and qualified in the top six for a further two throws.

In the final shake-up, he finished in fourth place with his best throw measuring 34.86m. This is a fantastic result for the young Roscrea athlete and hopefully will encourage him to continue training hard with his Templemore club. In the evening time, Killian was joined by Christopher Moloney, Graham Dooley and Michael Fitzgerald for the junior boys 4 X 100m relay.

The boys gave their best effort, but were up against strong teams from Antrim, Armagh, Kerry, Sligo, Dublin and Galway.

Having qualified in East Munster and Munster finals, the boys should be proud of their achievement in representing their school in the All Ireland final. Many thanks to our supporters on the day, and to Ms Cleary and Mr McMahon for all their efforts during the year.

We wish all our third and sixth year students all the very best with their exams at this time and we know all their hard work and efforts will pay off.

Best wishes are extended to all the school staff over the summer and beyond. Some will be taking time off to travel and take on new adventures and challenges, there are upcoming wedding preparations, and interviews. We wish everyone the very best.