Steady as she goes for Tipperary sailor at world championships 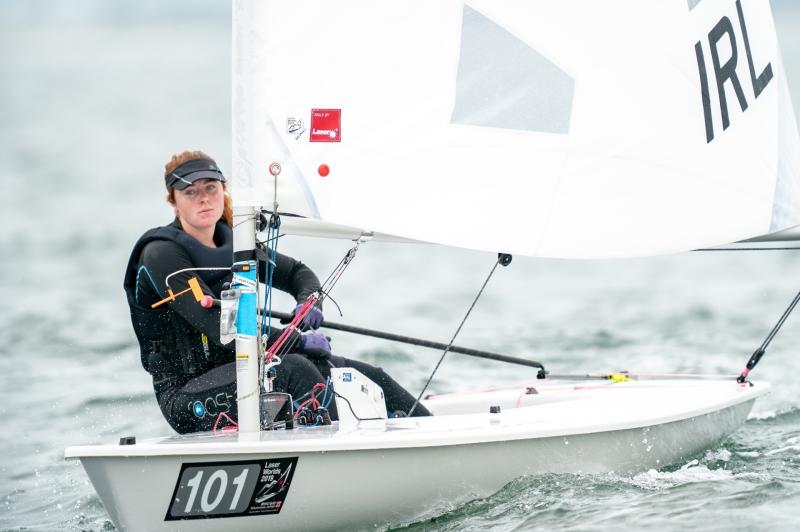 With just four races remaining at the Laser Radial World Championship in Japan, it is a case of "steady as she goes” for Tipperary sailor Aisling Keller and Aoife Hopkins from Dublin.

Aisling, from Nenagh, and who sails out of Lough Derg Yacht Club, and Aoife of Howth, County Dublin, are placed 40th and 42nd in the Gold Fleet final round of the championship that started on Friday .

Ms Hopkins had the stronger day on Monday with two top 30 results while Ms Keller had two 42nd places, one of which she drops using the discard system.  Another discard comes into force if the series achieves ten races.

Aisling, daughter of Pat and Jospehine Keller, had been in 15th place in the second race but received a yellow flag penalty for excessive propulsion technique and dropped back after taking the mandatory turn.

Conditions on Miho Bay, Sakaiminato have proven tricky for competitors and organisers alike with light, shifty winds delaying racing and causing the qualification series to miss one race.

"They're sailing to a solid method and I'm pleased with their consistency in tricky conditions," said Rory Fitzpatrick, Irish Sailing's head coach. "The plan is the same for the final two days - take one race at a time and follow the process."