Lough Derg crew called out three times in one week 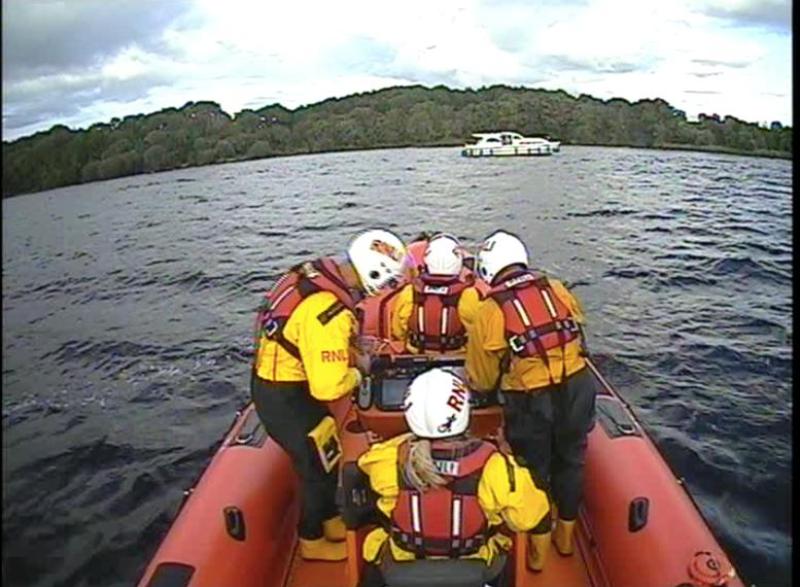 Lough Derg RNLI rescued two adults and a child from a cruiser that was taking in water after it hit rocks and ran aground near Terryglass harbour this Wednedsay.

The inshore lifeboat, Jean Spier was requested by Valentia Coast Guard and was launched at 6.23pm with volunteer helm Owen Cavanagh and crew members Kjell Jimmy Gundegjerde, Doireann Kennedy and Joe O’Donoghue on board.

Winds were north westerly, force 4 and visibility was good.

The lifeboat arrived on scene at 6.48pm. An RNLI volunteer took soundings of depth and a visual assessment as they approached the casualty vessel as it was high up on a rocky shoal.

A crew member transferred to the vessel and established that all passengers were unharmed but that there was damage to the hull and it was subsequently taking on water.

RNLI volunteers took the three casualties on to the lifeboat away from immediate danger to Terryglass harbour.

The crew then set up a tow line, and, with a salvage pump running, the lifeboat eased the cruiser from the rocks and brought it into Terryglass harbour where marine engineers were on hand to deal with the boat.

The casualty vessel was tied alongside at 8.30pm.

"Before setting out, make sure you have the relevant charts for your journey and pay close attention to navigational markers on the lake. We would advise boat users to always check weather forecast in advance and always make sure there are enough lifejackets onboard for all passengers, said  Owen Cavanagh, Lough Derg RNLI helm.