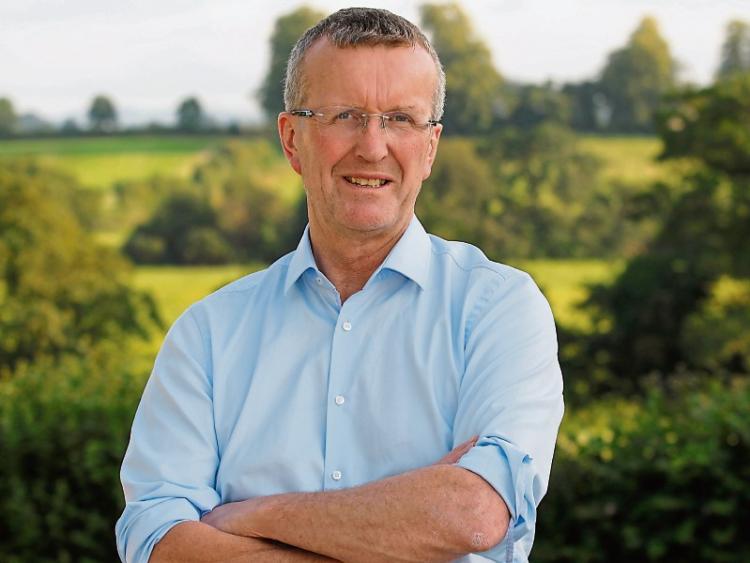 Tipperary IFA presidential candidate Tim Cullinan has called for the immediate payout of the €100m compensation package for beef and suckler farmers .

Speaking at the Tullamore Show on Sunday, the Toomevara farmer said the whole industry is in free fall at the moment.

He argued that if the €100m Brexit fund is paid out immediately it will put some confidence back into mart sales and store prices.

His comments were made ahead of talks  on Monday between Meat Industry Ireland, the Beef Plan Movement, farming associations and Government agencies aimed at resolving the bitter dispute over beef prices.

The talks at Backweston were adjourned after 2am on Tuesday following more than 12 hours of deliberations. They are expected to reconvene over the next few days. In the meantime, the Beef Plan Movement is consulting with its members on the talks's outcome so far.

IFA President Joe Healy said some progress had been made on market transparency and the introduction of a price index. He said there was also a commitment to look at the market specifications that impact on prices that exist in the grid.

Mr Healy had on Sunday called for the retailers and EU Commission to be included in the talks.

Mr Cullinan, meanwhile, said it was totally acceptable that applications for the €100m Brexit fund are not even open despite the fund being announced in July.

"I am calling on Minister Creed to instruct his department to immediately pay out the €100m promised to farmers during the local elections in May.

"The Department of Agriculture's computer system has all the records and details of every farmer in the country. They know who is eligible; it just requires political will to get the money into farmers' pockets.

"The Minister has his hands on the computer button and I'm calling on him to act immediately and not to allow his compensation package to be bogged down in red tape by Department officials," the IFA presidential candidate added.

Tipperary TD and  party Fianna Fail spokesperson on Food and Horticulture Jackie Cahill welcomed the reports that some progress in the talks to resolve the beef prices dispute.

The former ICMSA president said a full audit of the pricing structures being applied by meat processors should be introduced as a matter of priority to ensure a fairer system for all farmers.

"It now seems obvious that meat processing plants are operating a two-tier pricing structure with large scale suppliers on a preferential rate, which is significantly higher than other suppliers.

“This is deeply unfair and unjust and needs to be addressed as a matter of urgency. In fact, the smaller producer is subsidising the large feed lot operators," said Deputy Cahill.