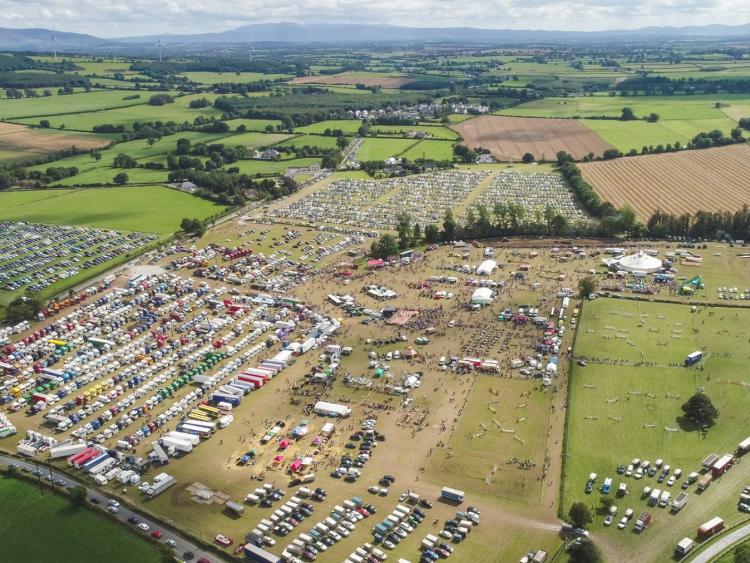 Thousands flocked to the village of Dualla this year for its annual show.

St. Patrick's Brass Band Cashel opened proceedings as events such as livestock, tractor pulling and showjumping went underway. The Liam MacCarthy cup made an appearance to the sounds of Slievenamon as large queues formed for a photo opportunity with the prized silverware.

This year Dualla Show hosted the Univet Growvite All-Ireland Aberdeen-Angus championship which attracted a large number of exhibitors from all over the country. In the end, the Supreme Aberdeen-Angus Champion went to Mogeely Dreamer T534 exhibited by John McEnroe, Oldcastle, Co Meath.

The supreme champion GAIN cup went to David Hegarty for his commercial heifer. The winner of the Irish Hereford Prime Terminal Index Junior Bull class was Declan Donnelly with Clondrinapoll Rory. This bull had a Terminal Index value of €82. Elsewhere Colin Burke from Cashel won the junior handler class for the second year running.

Ryan Patterson from Monoghan won the Class 2 with "Smokie Joe" in an exciting head-to-head which saw him pull a staggering 98.1 meters.

The TRP Tipperary Truck Show had its biggest event to date with 650 lorries in total. The Truck if the show this year was Brendan Woods with the Dunlop memorial Volvo. A new cup this year in memory of Daniel (Danny Fitz) Fitzpatrick went to Brendan Woods also and was presented by Danny Fitz's son Mason.

The hugely popular dog show attracted a wide variety of owners and their dogs on the day. Best In Show was Holly, a beautiful, very excited labrador, expertly showed by Isabelle Gleeson with help from her sister Emily.

It was all action in soft conditions for the Red Mills Grand Prix 2019 where Declan McEvoy just pipped Francis Connors by .03 of a second with a round of 42.17. Connors also took third (43.50) while Patrick Joyce was fourth with 42.77 seconds. Robyn Moran was fifth and sixth while Mark Doyle came seventh.

The 1.20 class sponsored by SuperValu was won by Laura Connors with second and third going to Jack Ryan of Cashel. Robyn Moran also won the 1.10 class.

In the main marquee, both Jolene Cox (aka One Yummy Mummy) and Ultan Nesbitt entertained the tent throughout the day with cookery and gardening demos. The winner of the Radisson Blue Hotel Cork prize was Evelyn Heffernan, Rossmore, Cashel.

Chairman Ray Hunt wishes to thank everyone for the massive voluntary effort involved to make the event a smooth-running success. He also wished to thank local community and residents for their help and patience every year making an event of this magnitude possible. Finally Mr. Hunt gave special thanks to landowners PJ Maher, Richard O’Dwyer and John Magnier for their continued support throughout the years.