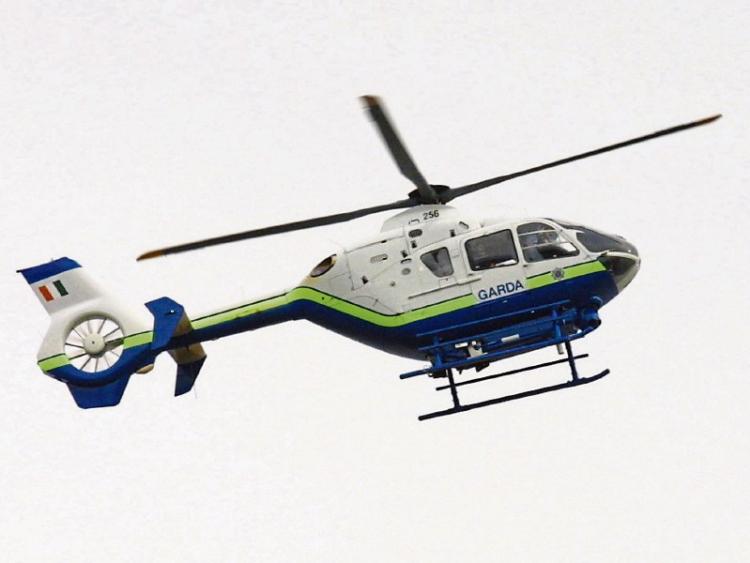 A garda helicopter was deployed as part of the search operation

GARDAI have located a van which was hijacked during a violent incident in County Limerick this Wednesday afternoon.

The alarm was raised shortly after the van was taken at Caherline Road, between Caherconlish and Hospital, at around 3pm.

According to investigating gardai, the van was taken by a number of men - one who whom was reportedly armed. It was then driven in the direction of Herbertstown.

A major gardai operation was launched and a helicopter was deployed to assist local gardai as they attempted to locate the van and culprits.

"The van was later recovered in a wooded area on the Limerick/Tipperary border near Doon. No arrests have been made and investigations are ongoing," said a garda spokesperson.

It’s understood the vehicle, which contained a sum of cash, belongs to a well-known individual who works in the motor trade.

The van-owner, whose aged in his 30s, was not seriously injured.

Gardaí at Roxboro Road are appealing for any witnesses to come forward.

They are particularly appealing to motorists who were travelling in the Caherline Road or Doon areas who have dashcam footage to contact them.