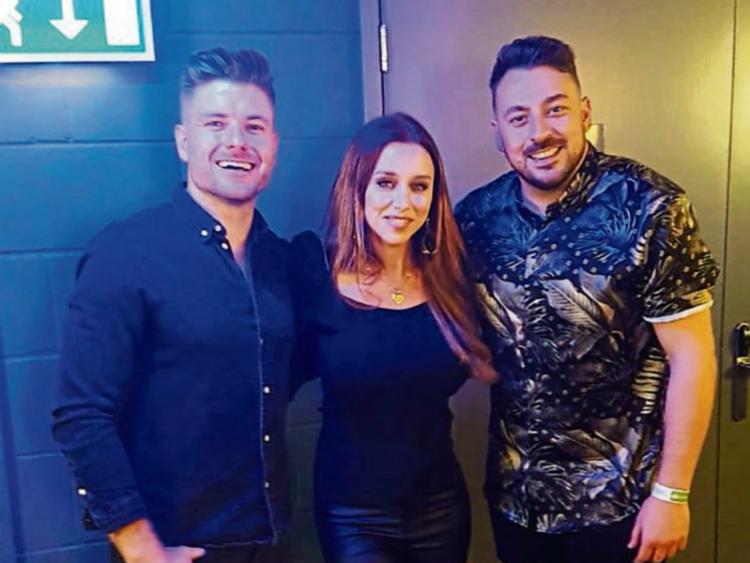 Una Healy has credited the Tipperary Star with helping to kick-start her music career during a podcast interview with Cahir-based comedy and singer-songwriter duo, the 2 Johnnies.

The 2 Johnnies Podcast is Ireland's fastest growing podcast and since its launch in early 2018 has been sitting consistently at the top of the Irish podcast charts.

In episode 84, broadcast on September 23, Johnny Smack and Johnny B interview Thurles’ Una Healy in the Kings Place music foundation in London. The former Pres’ student shot to fame with the The Saturday’s girl band as well as launching her own solo career.

Una’s album, The Waiting Game, was released in February 2017 and she recently released a brand-new single Never See Me Cry in March 2018. Una’s twitter account says she is a “proud Tipp woman and lover of spice bags and honda civics”.

One of the 2 Johnnies jokingly congratulates Una on “getting out of Thurles”, but Una says she loves the Cathedral Town. “It’s just so endearing. I love going home. I’ve been living in the UK now for nearly 12 years. I’ll always call Thurles home.”

Una recalls her early childhood spent in Thurles swimming pool - she has an All Ireland U9 medal in swimming. “We used to do a mile. I went to Mosney eight times, representing Tipperary. I won the All Ireland when I was nine. Twelve Munster golds.” The lack of coaching facilities meant Una had to go to Kilkenny, meaning she ended up competing in Leinster.

How did music come into her life? “I always loved singing as a child. There was a lot of music in my family, with my uncle Declan (Nerney). My mother used to sing, so she taught me how to play guitar when I was 12. She passed on her first few chords to me, and I started to write songs as I started to play.”

Building up her repertoire, Una wrote her first song about her late grandfather after he died. “That was the first song I wrote when I was 12.” The music came to replace swimming as her major passion throughout her teens. Una experimented with nursing and teaching before settling on music as the thing she wanted to do for the rest of her life.

“I decided to pack it all in. All I wanted to do was music. I bought my PA system, and I had a Honda Civic. I let the seats down and shoved all my gear in. I got the Tipperary Star out first.” Una toured the pubs and clubs of Ireland, and in her early 20s gave herself a “five year plan” to conquer the music scene all by herself.

Una performed sets in America playing to Irish American audiences, and steadily built up her reputation. She had her big break in London auditioning for The Saturdays, and the rest is history.

The Saturdays gone on to sell over eight million records in the UK and Ireland since forming in 2007. Una’s full interview can be found at www.the2johnnies.ie/podcast.