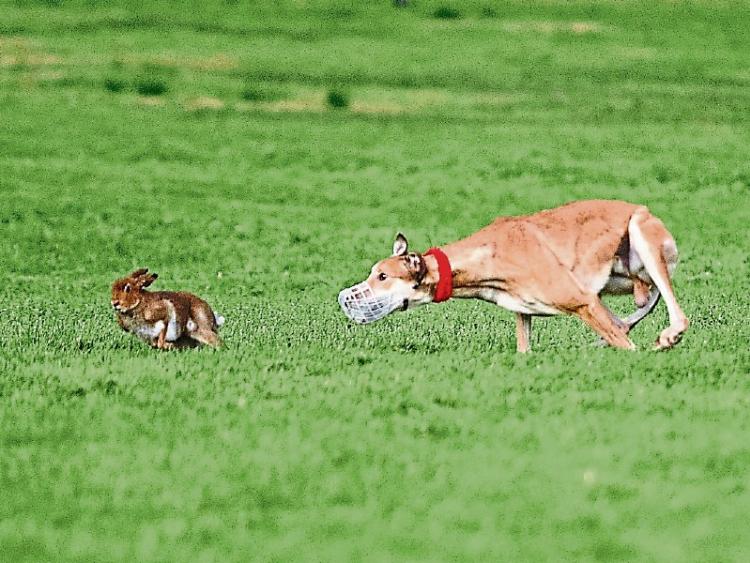 Tipperary TD Jackie Cahill has called for the suspension of coursing licences due to the RHD2 virus to be lifted.

There are fears in Tipperary that the continuation of the suspension could hit next year’s national coursing meeting in Clonmel, which is worth up to €4m to the local economy.

Deputy Cahill said that the Department of Heritage, Culture and the Gaeltacht was mistaken in its refusal to grant coursing licences and using the virus as an excuse was not supported by any scientific evidence.

He made his comments following a meeting of the ICC and the National Parks and Wildlife Service last Thursday which brought no resolution to the problem. Also in attendance were representatives of the Departments of Agriculture and Heritage, Culture and the Gaeltacht.

The Department stopped issuing licences in August after cases of the virus were found.

“Wildlife were discovered in Ireland in July 2016 with the virus but the Department continued to issue licences for coursing in 2016, 2017 and 2018 and these were held without any problems,” he said.

Deputy Cahill said that veterinary experts had told him that there was no transfer of the virus between hares, and therefore, the Department’s insistence on not granting licences did not add up and raised questions about how this had been handled.

“If the Department are serious about dealing effectively with this virus then the coursing clubs should be seen as an ally in the process and not dealt with like they are the enemy. The coursing clubs have the ability to observe and monitor the hare and by granting coursing licences, which will operate under strict veterinary supervision, the future of the native hare will be protected. If any evidence then presents itself the Department and the coursing clubs will be able to act swiftly to address the siuation,” said Deputy Cahill.

Deputy Cahill, who sought a meeting last week with Minister Josepha Madigan to discuss how best to begin vaccinating the hare population, has again contacted her Department seeking action.

The hare was part of our wildlife heritage. Therefore, doing nothing is not an option. A vaccination programme to save the hare must be considered, he said.