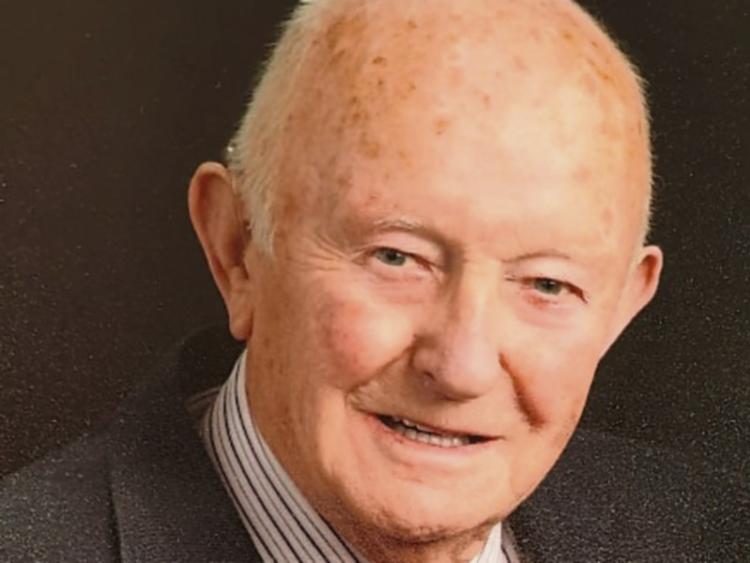 Dunkerrin was in mourning over the weekend as several hundred parishioners paid their respects to a highly respected retired farmer who died tragically in a road traffic accident last Thursday, January 2.

John Hoolan, 85, of Clashaghad, Dunkerrin, Birr, was active in local civic organisations, and his extended family have links across the county, to Cashel, Holycross and Thurles.

His daughter, Michelle Putti, is well known for her roles in St Vincent de Paul, and the North Tipperary development company, NTLP.

As a mark of the respect in which he was held, many hundreds of sympathisers attended Mr Hoolan’s Removal and Funeral Mass on Sunday and Monday.

Parish Priest Fr Joe Kennedy knew Mr Hoolan and said his death came as a shock. “It was one of the biggest Funerals seen here for many years. It was exceptional,” he said.

Mr Hoolan loved to play cards, and was a frequent visitor to the parish halls in Dunkerrin, Clonakenny, and Roscrea.

“It is a well known and respected family,” added Fr Kennedy. “He supported all the local organisations. It’s awful sad. He had a full and active life. He was in full health right up until the end.”

Mr Hoolan’s Remains Reposed in St Patrick's funeral home, Dunkerrin on Sunday evening from 4pm with removal at 7.30pm, arriving in St. Mary's Church, Dunkerrin at 8pm. Funeral Mass was on Monday at 12 noon followed by burial afterwards in the adjoining new cemetery.

Gardaí from Birr garda station attended the scene of the collision involving Mr Hoolan and a car at Mountheaton, Co Offaly, on the Roscrea/Shinrone road (R491), at 6pm on January 2.

Mr Hoolan was pronounced dead at the scene.

His body was removed to the mortuary at Midland Regional Hospital Tullamore for a post-mortem examination. The driver of the car, a male whose age is currently unknown was uninjured during the collision.

Gardaí are appealing to anyone who may have information regarding this incident, particularly any road users with camera footage who were travelling the Roscrea to Shinrone road between 5.30pm and 6pm on January 2, to contact Birr garda station on 057 916 9710, the garda confidential line on 1800 666 111.

This is the second road fatality in that area in three months.

The same road was closed in October 2019 when a male cyclist aged in his 70s died after his bicycle was involved in a collision with a van.