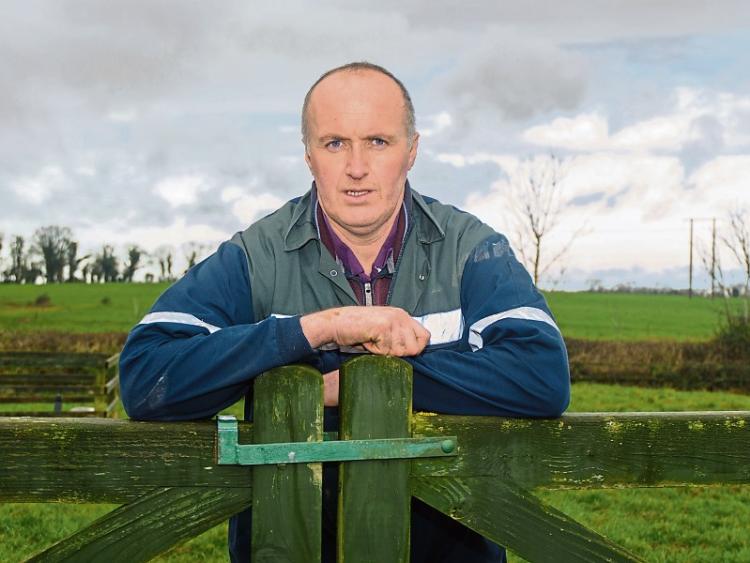 ICMSA president Pat McCormack: 2020 may prove to be a 'make or break' year in terms of farming and agri-business

The Tipperary farmer who serves as president of ICMSA has stated that 2020 may prove to be a “make or break” year in terms of farming and agri-business.

Pat McCormack said that there was a queue of issues that must be faced up to and dealt with.

He promised his fellow Tipperary farmers that they will have a staunch defender of their interests who will defend them from what Mr McCormack described as the “non-stop and increasingly hysterical attacks on farming and farming communities” by the most extreme climate and diet elements.

The Tipperary Town farmer described as “an unsettling upsurge” the wave of anti-farmer sentiment and reportage dressed up as environmental concerns.

Mr McCormack said that ICMSA will base its defence of particularly Ireland’s multi-billion euro dairy sector on two unassailable facts.

Firstly, that Ireland is one of the planet’s most environmentally sensitive producers of dairy and, indeed, beef.

And secondly that any changes demanded by - and resulting from - a response to environmental and carbon lowering measures must be paid for by all the links in the food production chain, including consumers.

“I’m not sure that many consumers or so-called ‘environmental activists’ are stressing this aspect as much as it requires,” he said.

“The changes that we are told will be involved in lower carbon emissions will end the cheap food policy that has been maintained by the EU and run by the retail corporations for decades,” said Mr McCormack.

He said that the result had been the present situation where average EU families now spend approximately half of what was spent by their counterparts in the 1970s - as a percentage of family income - on food.

“Of course someone had to pay for that and the people who have been paying for it were the farming families whose margin on their milk or beef or cereals has declined year-on-year to the present untenable situation where we have farmers in Tipperary and all over Ireland getting the same milk price as their fathers received in the 1980s when every input and cost has quadrupled over the same period,” he said.

ICMSA had long expressed the opinion that the cheap food high volume low margin system was more a case of running hard to stand still and so it has proved, said Mr McCormack.

The ICMSA leader said that the changes required by climate change - even the sensible, do-able, ones - were going to signal the end of that cheap food system and everyone is going to have to understand that.

But that was just one of the issues.

“We also have CAP 2020 and the need to maintain - at least - the present level of direct payments which will be put under pressure by some parties who’ll cite the disappearance of the UK’s contribution to the EU Budget,” he aid.

Mr McCormack said that linked to that were the ongoing challenges thrown up by Brexit and the uncertainty about the future status of Ireland’s most important foreign markets.

“Everyone knows that the 2019 price of milk paid to farmers in Ireland lagged the markets by probably 2cpl on average, while the state of the beef sector was exposed as the national scandal it has been for several years.

“Put all this against the background of a general election in the next few months and the necessity of focusing political minds on the needs of the rural economy - like Tipperary - on what has to be done to maintain and build our fantastic farming and food sector in a sustainable and environmentally sustainable way and we see the job of work that has been cut out for us,” he said.

As far as he was concerned the upcoming general election was supremely important for a farming and food producing county like Tipperary.

“I’ll say this to my fellow Tipp farmers: ICMSA is around 70 years. We have seen it all and dealt with the challenges those times threw at farming.

“Right throughout that we have remained convinced that protesting about circumstances is not enough - and it never will be. You are obliged to come up with solutions. You’re obliged to come up with the answers. Pointing at the problem isn’t going to be enough - if ever it was. We’ll continue with that conviction that the real work, the real value, comes with coming up with the answers.”