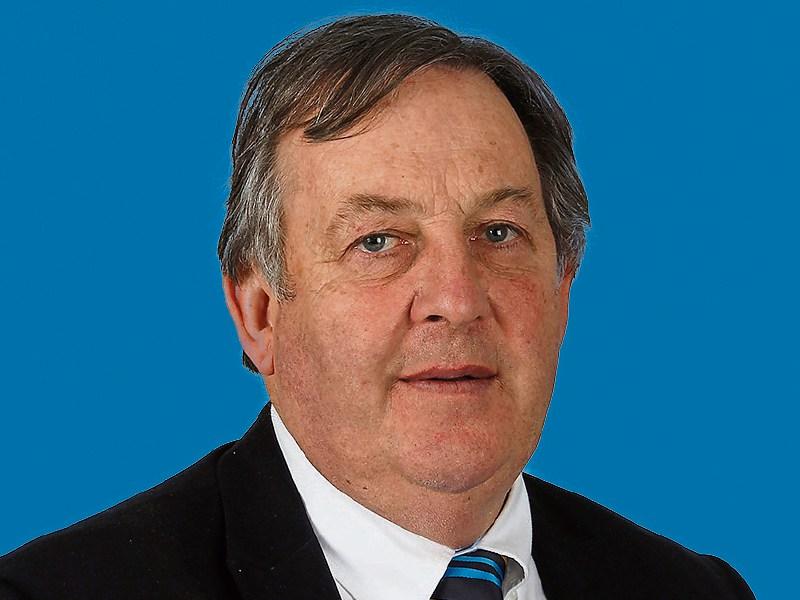 Joe Hannigan is a former chairman of Tipperary Football Board

Former Tipperary Football Board chairman Joe Hannigan has announced  he is to run an an independent candidate in Tipperary in the general election.

Mr Hannigan, from Ballinderry near Nenagh, said he made his decision at the weekend following encouragement from his followers.

He stood in the Offaly constituency in the last election when the Lower Ormond section of Tipperary was included in the Leinster constituency.

He polled third highest, with 5,188 votes, but failed to get the transfers to be elected.

Lower Ormond is now back in Tipperary with Mr Hannigan hoping to retain those votes.

A member of Tipperary County Council, he topped the poll in the Nenagh electoral area in the last two local elections and is the current municipal council chairman.

He said he put an end to speculation over the weekend by declaring his candidacy.

He stated that as a result of the confidence that   recent elections had given him, coupled with the numerous individuals and organisations who encouraged him to run for office,  he  decided to put his name forward for election to Dáil Éireann.

Speaking before a packed meeting in his home area of Ballinderry, the former chairman of the Tipperary Football Board said that he wanted his “most loyal, dedicated and hardworking supporters to be the first to hear the official declaration”.

Mr Hannigan went on to say that the huge work put in by his team was a key part of his election success and he was “overwhelmed” at the turnout with even standing room at the meeting at a premium.

Outlining his manifesto Cllr. Hannigan pledged to bring the passion and work ethic shown heretofore in his role in the council to a wider stage if elected, with health, agriculture, the    environment and rural regeneration among his priorities.

He finished the meeting by saying he would love the opportunity to bring his direct, passionate, no-nonsense approach to tackling these issues and by stating “I wouldn’t be togging out if I didn’t think I had a chance of winning”.

The return of thousands of votes in Lower Ormond was always going to be significant in the Tipperary poll but the arrival of Mr Hannigan on the scene adds extra spice to the contest.