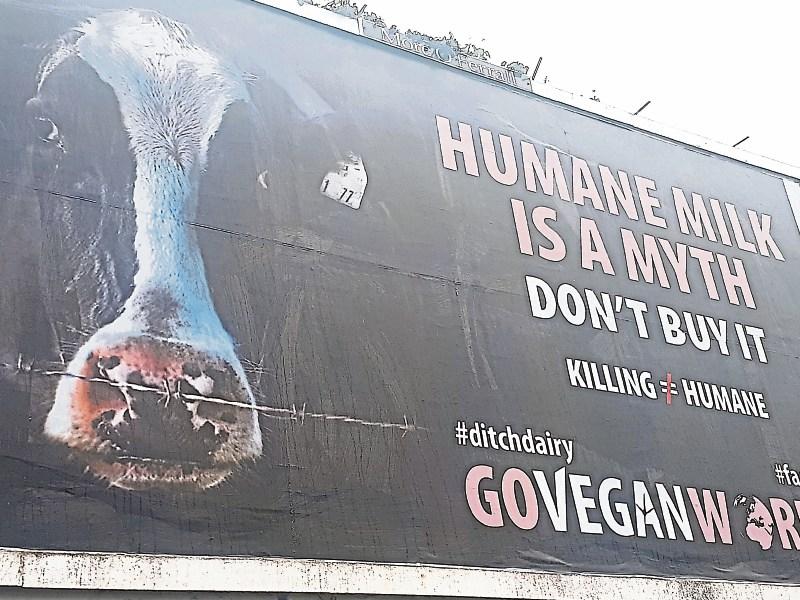 While she had no problem with anyone who adopts a vegan diet, the chair of North Tipperary IFA Imelda Walsh has stated that she had “serious concerns” in relation to “false and misleading” claims being targeted, in particular, at young people.

Speaking at the association’s agm in Nenagh, Ms Walsh said that it was “high time” that the Go Vegan movement was obliged to tell the public who was funding its campaign.

She said that an Taisce had entered the debate and advocated we should all eat less meat, promoting this message through the schools.

“One has to ask the question in relation to this body with no nutritional expertise why they were allowed to get away with this,” she said.

Ms Walsh also said that the State broadcaster - funded by the taxpayer - had decided they, too, were experts in this field and viewers got a week long one sided debate on promoting eating less dairy and meat.

“There was no accredited nutritionalist part of the debate, no farmer allowed to give our views or challenge the claims being made in relation to the environment,” she said. “As farmers we cannot or will not allow ourselves to be portrayed as the villain in the debate.”

Ms Walsh said that the environment and climate action will dominate much of 2020 and they could not, and would not, allow the agri-sector to be scapegoated. “Farmers have engaged positively in the whole debate with improved efficiencies on our farms. Farmers have been calling for implementation of a programme of supports for farm scale and community renewables. The question must be asked is why our Government is willing to pay massive fines for not meeting our targets while doing very little to grow our renewable sector,” she said.

Meanwhile, IFA president elect, Toomevara’s Tim Cullinan, who gave a wide ranging speech on the issues facing farmers, agreed that there was a need for the IFA to be doing more on social media to counteract information on veganism as social media was important part of young people’s lives.

However, he also said that parents had a role in ensuring their children had a healthy diet, which had to incorporate meat and dairy.