Demonstration to be held in Limerick this Saturday 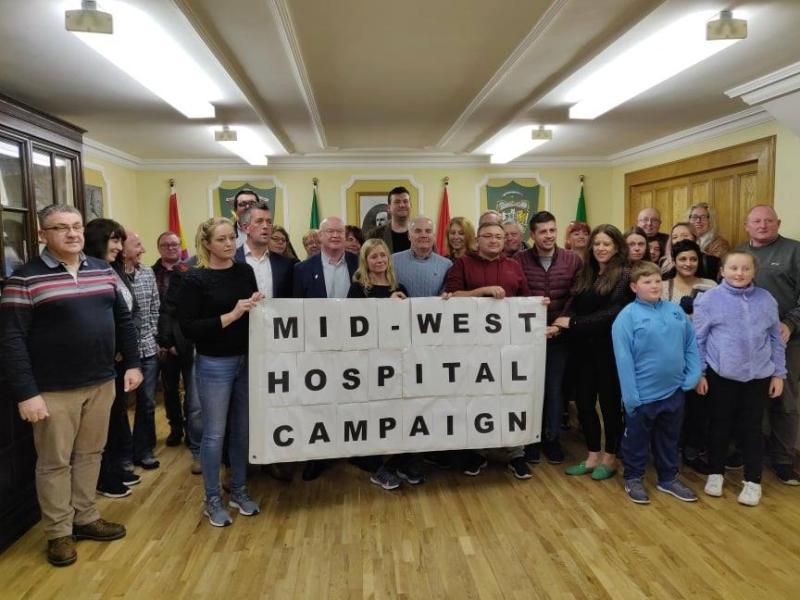 Campaigners for Nenagh Hospital’s A&E to be reopened on a 24-hour basis will join others from Ennis and Limerick for a protest march in Limerick city this Saturday at 1pm.

The march, being co-ordinated by Nenagh Needs it A&E group in Tipperary, and organised by the Mid West Hospital Campaign, is calling for funding for the 96 bed unit at University Hospital Limerick to be prioritised and for measures to be taken in the interim to ease the level of overcrowding at the Dooradoyle facility. It is being supported by the Stand up for Mental Health group.

Protesters from North Tipperary are being asked to meet outside the Locke Bar on Barrington’s Quay to join the marchers as they make their way to Bedford Row.

People from the Nenagh area who want to go to the protest can meet at the train station in Nenagh at 11am on Saturday.

A special bus costing €5, will run from Nenagh railway station at 11.20am to the march, but organisers are also pointing out that it will be possible to take the train from Roscrea, Cloughjordan, Nenagh or Birdhill.

Additional cars will be provided if necessary from the station.

Among the speakers will be Damian O’Donoghue who stood in the Nenagh electoral area in the local elections last May for Sinn Féin. He will address the rally from a patient perspective.

"We have had enough. UHL is consistently the most overcrowded hospital in the country. People of all ages, particularly the elderly, are in need of care but are terrified to attend the hospital. Patients languish on trolleys, sometimes for days, not getting the care they deserve. Healthcare teams in every category in the hospital are severely diminished due to under-resourcing and are, as a consequence, faced with inhumane levels of pressure from the beginning to the end of their shift. This is not acceptable and it must not continue," said Mr O'Donoghue.

He said that they wanted this situation to be declared a national emergency and for the government to establish a special task force to end overcrowding and address specifically the health needs of the Mid-West.

"We want Nenagh, Ennis and St John's Emergency Departments reopened without further delay. We want the recruitment embargo lifted immediately and the necessary investment provided to improve services at our public hospitals so that there will be timely care and dignity for all patients," he said.