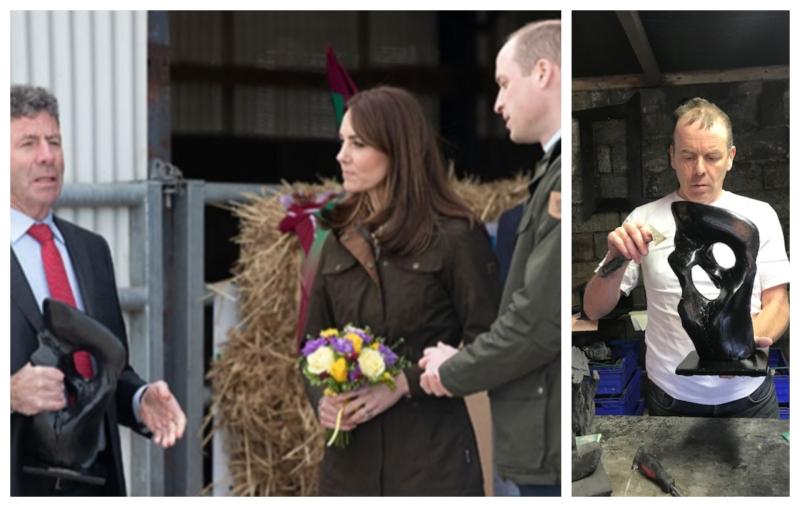 A Tipperary craft company has received the royal seal of approval after being specially commissioned to create a presentation piece for the Duke and Duchess of Cambridge during their three day tour of Ireland last month.

Christy Slattery of Latteragh Crafts created a bespoke Irish bog oak sculpture on behalf of Teagasc to be presented to the couple on a visit to the Teagasc beef research farm in Grange, Co Meath.

Mr Slattery, whose work has been admired by the likes of former Taoiseach Enda Kenny, among many others, said he was delighted to be selected to create the piece on such a momentous occasion.

“Teagasc have been very supportive of me over the years and regularly get me to commission bog oak pieces for their presentations.” 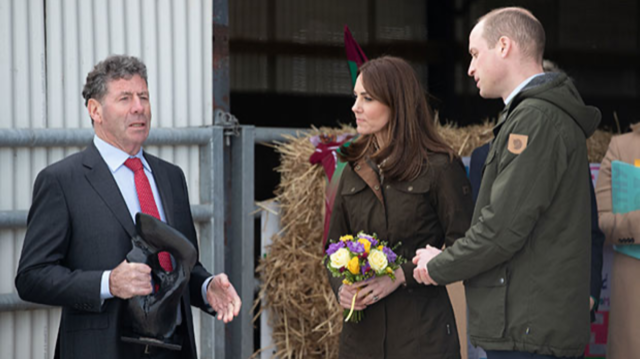 “When I got the call from Teagasc to commission a piece for William and Kate I used this piece as in its raw form it had a very nice shape to it and I knew it would be a piece suited to the occasion. The bog oak piece itself is finished in beeswax and mounted on a natural slate base,” he said.

The bog oak used by Mr Slattery is believed to be over 5,000 years old and was sourced in the boglands of Tipperary, unearthed as turf was being cut.

It was then left to dry naturally for three years which allows it to harden fully. Latteragh Crafts, which is based near Templederry, was initially started as a hobby by My Slattery who began by making slate mirrors.

However as word spread of his skilled craftsmanship, exhibitions at local craft fairs soon caught the attention of the wider public.

As well as producing a variety of slate presentation pieces such as photo frames, clocks and lamps, Mr Slattery says he takes special pride in using slates from a customer's own family homestead and adding decoupaged photos to create a 'one of a kind' gift.