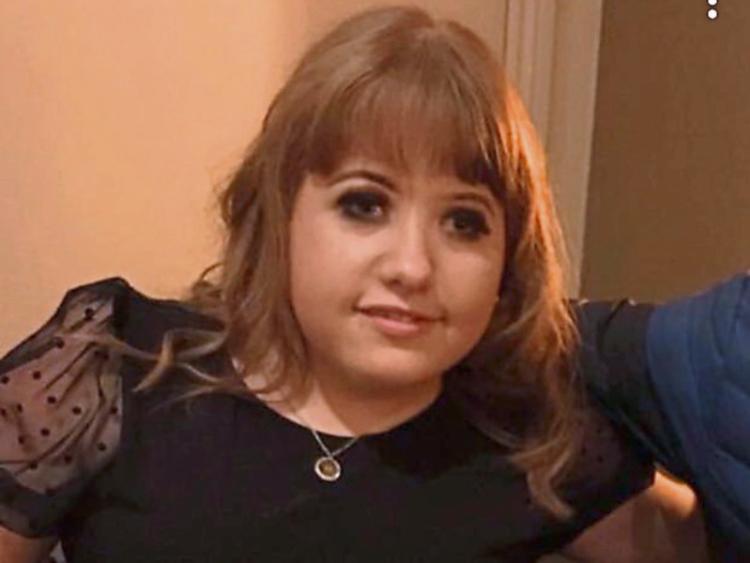 A  Carrick-on-Suir student and wheelchair user has secured important improvements to footpaths around her home and former secondary school thanks to speaking out about the safety and accessibility problems she encounters daily.

Tipperary County Council has taken on board the difficulties 17-year-old Melissa Power from Pill Road, Carrick-on-Suir has in travelling to and from school and to shops along the busy road.

They will be including the changes she proposed in the N24 road improvements scheme that is due  to get underway later this year.

Melissa, who has just completed her education at Scoil Mhuire Secondary School at Greenhill, Carrick-on-Suir, first highlighted the accessibility issues she has with travelling on Pill Road footpaths in letters she wrote to former Independent TD Seamus Healy and Carrick-on-Suir SF Cllr David Dunne six months ago.

She told them she loved to go down town to shop and meet people and being independent meant everything to her. But her independence was being “cut short” because several areas along the N24 made it “unsafe and impossible” for her and other wheelchair users to travel without assistance.

Melissa highlighted how she has to travel on the bicycle lane from the Sean Kelly Sports Centre to get to the Aldi supermarket from her home because there is no footpath.

She told The Nationalist she fears being struck by a truck when she has to use the bicycle lane on this busy road. She pointed out that the footpaths coming from Scoil Mhuire Secondary School and the CBS Secondary School at the other side of the N24 were steep and this made her wheelchair slip.

And she complained that the structure of the  pedestrian  crossing leading to the Apple Green Service Station on the Pill Road was not suitable for a  wheelchair and pointed out it damaged  her wheelchair.

The student also highlighted in her letter an accessibility problem with steps leading to an external lift at Carrick-on-Suir’s new Primary Care Centre.

“I feel that it’s my human right to be able to travel freely, not to be a prisoner in my own town and to live my life as a normal 17-year-old. These physical restrictions of inaccessible footpaths are not acceptable in 2019,” she declared before pleading with TDs and councillors to help her in her fight to make Carrick-on-Suir more accessible to every member of the community.

The local politicians brought Melissa’s concerns   to the attention of Tipperary County Council and she was invited to attend a public consultantion session in relation to the N24 road improvement scheme at Carrick-on-Suir Town Hall on February 20.  Much of the footpaths and cycle lanes on the 3.8km stretch of the N24  running through Carrick will be reconstructed as part of the project.

Melissa made her case to  Council officials  at the public consultation meeting and she has been informed  the Council will implement the changes she has sought.

“They are basically going to do everything I requested to be done and I am happy enough with that,” she said.

In relation to the issue Melissa raised about the lift at the Primary Care Centre, the HSE reponded that wheelchair users don’t need to use this lift to access the Centre’s upper floors. They  can instead access the centre using a ramp at the side  entrance to the building    and there is an accessible lift to the upper floors inside the Centre.

Melissa is proud that speaking up about the difficulties she has encountered in her daily life has made a difference.

She said Seamus Healy and Cllr David Dunne  commended her for writing them  because those in authority won’t know  there is a problem with accessibility unless wheelchair users like her speak out.

She thanked them for their help.

Melissa made her representations to the local politicians for a school project for careers class at Scoil Mhuire Secondary School.

Her former careers teacher Síle O’Grady said she asked Melissa would she like to do something about the physical difficulties she  encounters getting to the shop and school as a project and she took up the challenge.

Ms O'Grady paid tribute to Melissa for making a difference to her life and the lives of other people with disabilities in her community. “Melissa was delighted to do something to stand up for her rights. She is such an independent girl and to be held back because the proper infrastructure isn’t there is crazy.”

Melissa plans to start a  course at the National Learning Network Centre in Clonmel in September and  is now fighting to secure accessible transport to enable her attend the course.