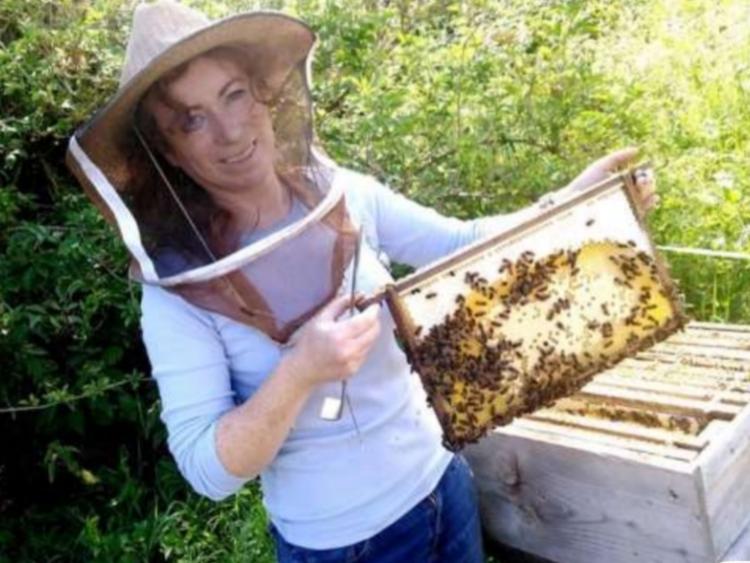 Tipperary’s pollinators are a crucial resource in our society and are fundamental in making our crops productive, contributing to food security and enabling a wide variety of produce to be available.

They also are crucial in the production of the feed of livestock, fibres and biofuels.

Worryingly, according to the National Biodiversity Centre, Ireland’s pollinators are in decline with over one third of Ireland’s bee species including both solitary and bumblebees at the risk of extinction.

In recent times, there has been a surge in interest towards restoring biodiversity to protect pollinators and encourage their survival.

One Tipperary based family dedicated to restoring biodiversity in our county and using their knowledge to inspire droves of other activists across the country.

Galtee Honey Farm is run by the Mac Giolla Codas, based in Raheenroe, Burncourt. The farm has 170 hives of honey bees, which are cited throughout the Galtee Vee Valley over Cork, Limerick and Tipperary.

Their bees collect honey from flora including sycamore, horse chestnut blossom, dandelion, oilseed rape, hawthorn, blackberry blossom, clover and heather which contributes to the unique flavour of the honey produced.

In addition to his profession as a forester, Michéal Mac Giolla Coda established the honey farm in 1970 which mainly a hobby for him at the time which grew over the years.

He used his knowledge from a childhood of owning bees in Kerry. Eventually, he took early retirement from Coillte in 1991 to focus all his attention on the beekeeping.

Both Micheal and Aoife are qualified lecturers in beekeeping who both travel around the country, alongside Galtee Honey Farm producing popular products that include honey, candles and cosmetics.

“In Irish beekeeping there’s a tradition to pass on knowledge of the bees, it’s very important,” said Aoife. “It’s about the honey, the bees and in turn, teaching people about the bees.”

Aoife hopes for the population to become more aware of the Irish black honeybee as it is native to Ireland. It was once native to all of Europe north of the Alps and now only exists in tiny pockets in mainland Europe. Ireland has the largest and most genetically diverse population in Europe that has been proven through DNA research.

The black honeybee is particularly well adapted to the Irish climate and are an extremely important genetic resource. In recent times, that resource has been compromised through the import of bees from other climates.

These imported bees are more adapted to a warmer climate and can be bred here. When they mate with the Irish Black honeybee the genes are lost and once this genetic resource goes, it cannot be brought back.

However, there are many ways and resources available for all those interested in protecting pollinators such as the Irish Black Honeybee.

“Over the last ten years the interest in beekeeping and bees has skyrocketed,” said Aoife.

Aoife noted that since the establishment of the All Ireland Pollinator Plan ten years ago, the new interest is not just in honeybees but in all pollinators such as bumblebees, solitary bees and hoverfly.

This surge in interest is crucial as these types of pollinators are at higher risk due beekeeping largely looking after honeybees.

Other pollinators are expected to survive on their own making them extremely vulnerable, which is where the All Ireland Pollinator Plan plays a crucial role in the maintenance of biodiversity throughout the country. Most honeybees do not survive in the wild anymore for more than a few years.

One contributor to their decline is the spread of diseases which come to Ireland such as the Varroa mite which originated in Asia.

This mite arrived in the late nineties, with Ireland one of the last country’s in the world free of the mite and had a hugely negative effect on colonies of bees, which contributed to a huge loss of bees at that time.

Factors contributing to the decline in all pollinators include a reduction in biodiversity- particularly due to the cutting of hedgerows in the closed season from March until August.

The cutting of trees which provide crucial pollen through their blossoms.

There is also an increase in monoculture, with grasses such as Italian Ryegrass not allowing other wildflowers such as clover to grow which are important to bees.

Aoife also cites the overuse of fertilisers as an additional contributor towards the sharp decline of pollinators.

While Aoife believes this new emphasis on biodiversity is positive, sometimes the interest can miss the core message of protecting pollinators too.

Some only think of honeybees as the main pollinator and believe the most effective way of contributing to the effort is acquiring a hive, however Aoife believes this can sometimes do more harm than good.

“There’s so much involved in beekeeping and like with any animal, you really need to know what you are doing before get them whilst remembering bees are even more vulnerable,” said Aoife.

Some of the new beekeepers may accidently kill the bees in their attempt at owning a hive.

“They are such a precious commodity we are always saying to people to learn as much as possible before getting the bees as it increases their chance of survival.”

“I’m optimistic for the future of Ireland’s pollinators as there’s a lot of support there. It involves a lot of co-operation on all sides, particularly with hedgerow cutting which is one of the biggest issues,” Aoife added.

The general public have begun to move towards more sustainable options which benefit both the countryside and its pollinators and the work of the Mac Giolla Codas prove there are many passionate about protecting our ecosystem.

The contribution of the public in restoring Tipperary’s biodiversity remains crucial and small, simple steps to encourage pollinators can begin in their very own garden.