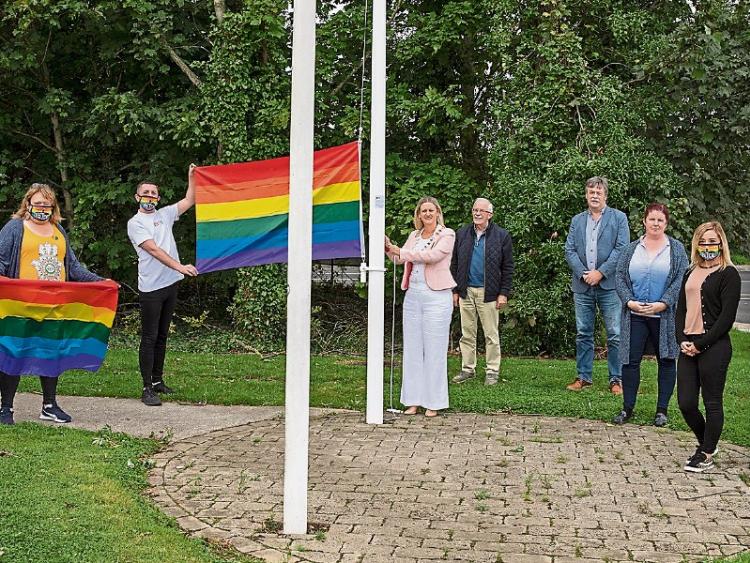 District Mayor Siobhán Ambrose raised the LGBTI flag on the grounds of LIT in Clonmel at the start of the Tipperary Clonmel Pride celebration. Picture: John Kelly

Although it wasn’t the event planned due to Covid-19, the organising committee nevertheless went ahead with events (which included social distancing) to celebrate the inaugural Tipperary Clonmel Pride last weekend.

On Saturday there was coffee and chat at Quigley’s in O’Connell Street, followed by a small event at Market Place where the Pride committee members gave out stickers, LGBT information, vouchers for cupcakes and more.

People had their pictures taken with the Garda Pride car, followed by the raising of the Pride rainbow flag at the garda station.

A rainbow cake was cut at Quigley’s and there was a mini parade from West Gate to Market Place with members from the LGBT community, the Pride committee and LGBT youth services. 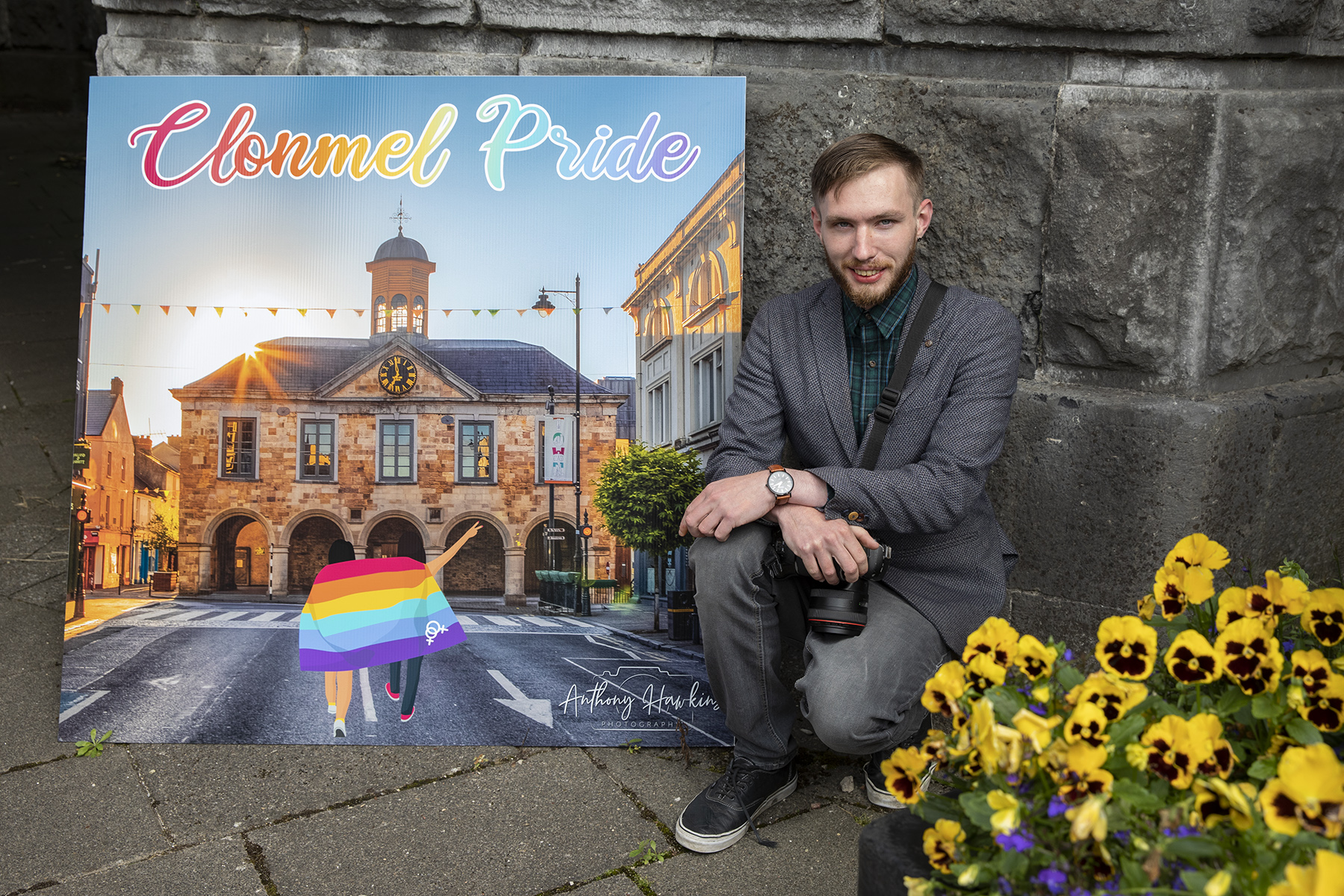 Above: Photographer Anthony Hawkins with his image of the Main Guard, which was used for the LGBTI Tipperary Clonmel Pride event

“This was a bittersweet moment but we wanted to walk for everyone that would have joined us in the parade we had planned”, says organiser Gerard Sweetman.

“This was for all the LGBTI+ community, friends, family and allies and supporters. This was for you and next year we will all hopefully walk, sing and dance together in our 2021 parade”, he stated.

On Sunday the committee went live on Facebook with an address by the chairperson and committee and then a virtual parade with videos, messages and support from all.

There were  online performances from local musicians Aimee O’Brien and Jamie Kavanagh and a performance by  Uproar Rock Chorus, with the event brought to a close by a live set on Facebook by DJ Nigel Byrne.

Gerard and the committee thank everyone that  supported, donated to and attended the events; displayed flags and bunting in the town centre and raised the rainbow flags. 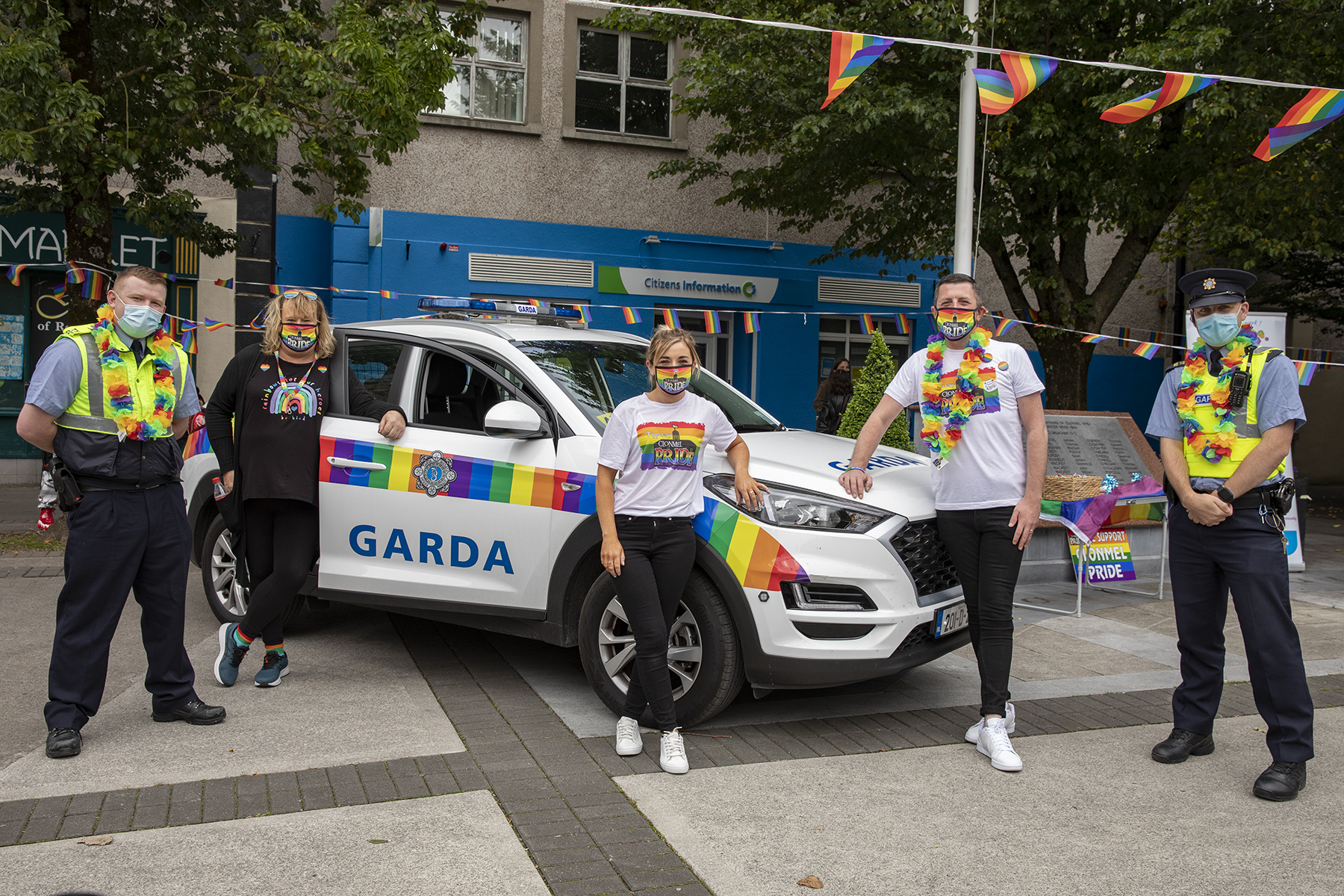 They are grateful to the LGBTI+ community, Carol Creighton (Tipperary County Council), the gardaí and Quigleys.

“Pride is about love, it’s about unity, it’s about community, altogether as one supporting each other and being kind to each other”, says Gerard Sweetman.

“But it’s also a celebration of all we have achieved in the LGBTI+ community and also to recognise what still has to be done in achieving full equality for all.

“We look forward to working and planning with you all again soon for the 2021 Pride festival”, he added.