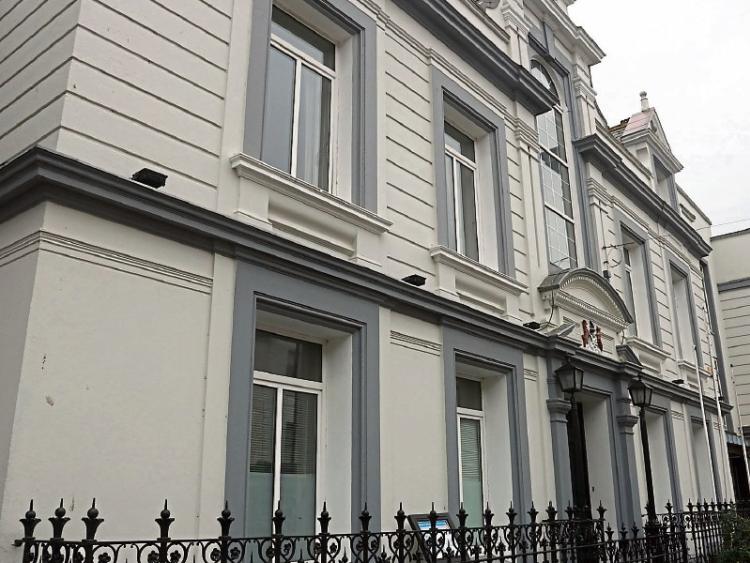 Rotary members in Clonmel have taken action this week to coincide with World Polio Day to raise awareness, funds and support to end polio, a vaccine-preventable disease that still threatens children in parts of the world today.

The Rotary Club of Clonmel, with the assistance of Clonmel Borough District, are lighting up the Town Hall in purple for one week until this Saturday, October 31.

When Rotary and its partners launched the Global Polio Eradication initiative in 1988, there were 350,000 cases of polio in 125 countries every year.

Great progress has been made against the disease since then. Today, polio cases have been reduced by 99.9 per cent and just two countries continue to report cases of wild poliovirus: Afghanistan and Pakistan.

And Rotary remains committed to eradicating the disease.

With polio nearly eradicated, Rotary and its partners must sustain this progress and continue to reach every child with the polio vaccine. Without full funding and political commitment, this paralysing disease could return to polio-free countries, putting children everywhere at risk.

Rotary has committed to raising US$50 million each year to support global polio eradication efforts. The Bill and Melinda Gates Foundation has pledged to match that two-to-one, for a total annual contribution of $150 million.

Rotarian Billy Doyle, who organised this event, said that he was very proud of the work that  Rotary has done throughout the world to eradicate this disease.

He is particularly proud of the support that the people of Clonmel and District have given through the years to eradicate this illness.

Donations may be made through endpolio.org

Rotary has contributed more than $2.1 billion to ending polio since 1985, including money donated to the Rotary Club of Clonmel.