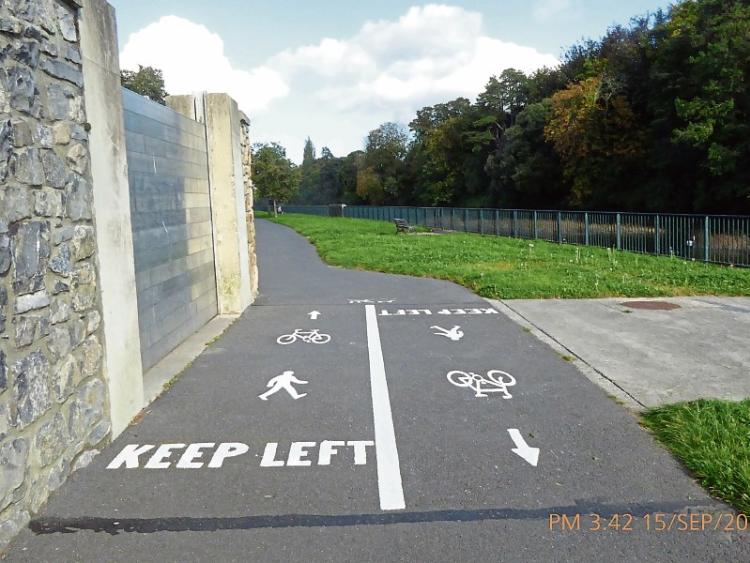 A request to provide more litter bins on the Blueway between Clonmel and Carrick-on-Suir will be reviewed in six months time, District Manager Sinead Carr told a meeting of Clonmel Borough District.

She was responding to a request by Cllr Pat English for more bins at the entrances to and car parks along the Blueway, because of the increase in the volume of litter created by greater numbers using the popular riverside walking and cycling route.

Sinead Carr stated that it was up to everybody to bring their own rubbish home.

The more bins that were provided the more you disempowered people.

She said there were bins at the primary access points but the situation would be reviewed in the middle of this year.

A council employee would also inspect the route on a regular basis.

“The Blueway is not a dumping ground for litter and people have a responsibility to bring their litter home,” Ms Carr stated.

Cllr English said people were complaining about litter on the river.

They just couldn’t ignore it and needed to sort it out.

A commitment had been given that bins would be provided at every access point to the Blueway, he stated.

Cllr Michael Murphy said that big belly bins that could be accessed electronically could be located at the four access points.

In his report to the meeting, District Administrator Michael Moroney said that litter bins were already located at the primary access points in Clonmel and Kilsheelan.

He said it was planned to incorporate additional litter-picking hours into the maintenance plan for 2021.

An employee would cycle the route and pick litter on a routine basis, and this should help to reduce litter on the Blueway.